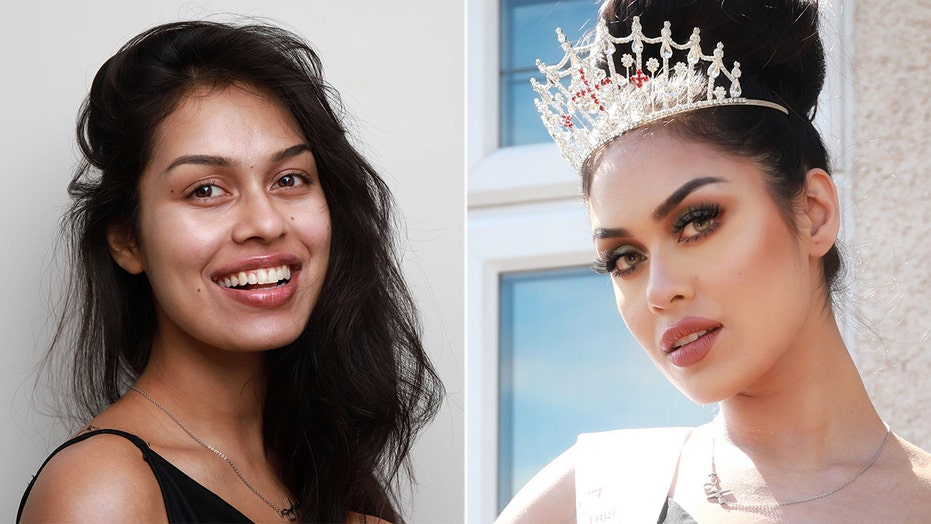 Miss England 2019 hopefuls better back away from the contouring cream, as the U.K. beauty pageant has launched a “makeup-free” round of the national competition for the first time ever.

On June 25, it was announced that all contestants will now compete in a barefaced round to promote body positivity and natural beauty, The Telegraph reports, a breath of fresh air in today’s social media-crazed society full of unrealistic beauty standards.

The creative idea was dreamt up by pageant organizer Angie Beasley, who hopes that the new element of the competition will encourage participants to “wear less makeup,” according to The Independent.

"Recently we have been shocked to see Miss England contestants as young as 19 undergoing lip filler treatments and even Botox, and so many entering with full faces of thick makeup covering their natural beauty,” Beasley told The Telegraph.

"We tell the girls they don't need fillers, fake eyelashes and tattooed brows to enter our contest, but it just shows what a damaging effect edited social media images can have on young women's self-esteem and mental health,” she continued.

Miss England’s inaugural makeup-free round is serious business – as the winner of the “Bare Face Top Model” leg will be fast-tracked to secure a spot in the pageant’s final 20 contestants. (Mercury Press)

“The difference between what impressionable women see on social media and TV and reality is getting out of hand, which is why we decided to launch this round for the first time in the pageant's history,” Beasley mused.

Though modest in its mission, Miss England’s inaugural makeup-free round is serious business — as the winner of the “Bare Face Top Model” leg will be fast-tracked to secure a spot in the pageant’s final 20 contestants.

Over 20,000 young women have entered the English pageant this year. (Mercury Press)

Over 20,000 young women have entered the English pageant this year, The Telegraph reports, with the final round scheduled for July 31 and Aug. 1 in Newcastle.

Beyond the crown, the champ will win a place in the elite Miss World pageant and a luxury vacation to the island of Mauritius.

“Make up is a means of enhancement but how often do the lines get blurred between enhancement and concealment. So often we just hide behind a film of products and even artificial cosmetic enhancements be it Botox or fillers… so here I am owning my flaws,” Mukherjee wrote online.

In other beauty pageant headlines, in late May, the Miss India competition was slammed for a lack of diversity, after a newspaper released headshots of the 30 finalists who looked unbelievably alike.

And last summer, the Miss America pageant caused a stir for dropping the famous swimsuit and evening gown elements of the competition, explaining that contestants would no longer be judged on their appearance.