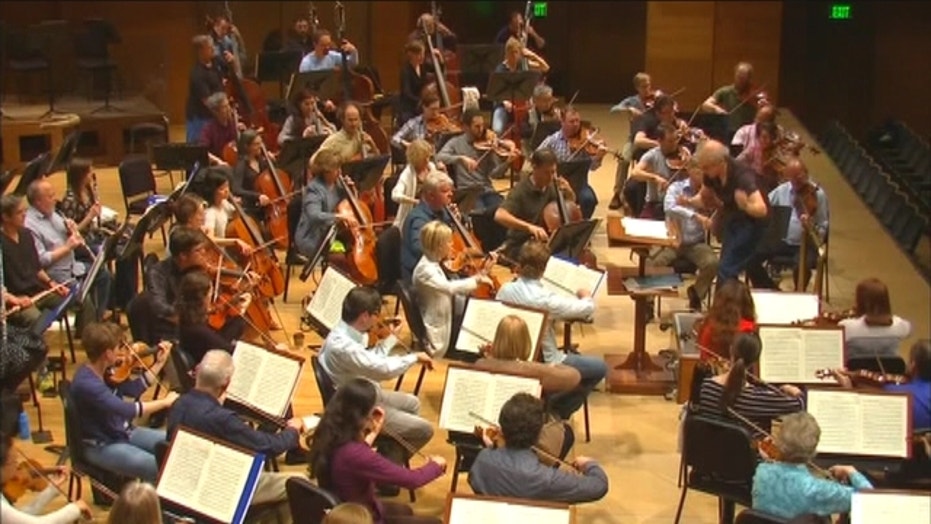 U.S. orchestra to perform in Cuba

One hundred Minnesota Orchestra musicians are about to take a historic trip to Havana, Cuba to perform in the International Cubadisco Festival.

MINNEAPOLIS (AP) – When the Minnesota Orchestra plays in Cuba this week, the visit will not only symbolize the reopening of relations between the United States and the Communist nation, but also healing for an acclaimed ensemble that was "almost destroyed" by a long and bitter lockout.

The orchestra, led by music director Osmo Vanska, will become the first from the U.S. to perform in Cuba since President Barack Obama made a surprise announcement in December with plans to restore ties after a half-century embargo. The last major U.S. orchestra to perform in Cuba was the Milwaukee Symphony Orchestra in 1999.

"It sends a very clear message this is an organization back on its feet, doing important work," said Jesse Rosen, president and CEO of the League of American Orchestras, which represents about 800 such ensembles.

Eighty-five years ago, the Minnesota Orchestra (then called the Minneapolis Symphony) performed in Cuba to sold-out, cheering crowds in 1929 and 1930, according to news coverage from the period. But in recent years, the group's reputation was damaged and its ranks trimmed by a fractious labor dispute.

A 16-month lockout began in 2012, when musicians refused to accept deep salary cuts. Vanska, who over more than a decade had shaped the orchestra into one of the nation's best, quit. Divisions ran deep. The orchestra scrubbed an entire season, and some musicians left for other jobs.

Union musicians ratified a new, three-year contract in January 2014 and returned to performing that February. Vanska returned soon after — accepting the same pay cut that musicians agreed to — after he demanded and got a change in top orchestra management.

"The orchestra was almost destroyed. We came to the edge," Vanska said in an interview last week. "I'm so glad to say when we had the chance to start again, it came together so quickly and strongly, it was like a miracle."

Orchestra president and CEO Kevin Smith said the orchestra saw an opening for a tour during a vacation week in mid-May. Musicians agreed to postpone their vacations, and after the orchestra leaders expressed interest to Cuban officials about coming, the Cuban Ministry of Culture invited the orchestra — the only one from America — to perform as part of Havana's International Cubadisco Festival.

"It just fit beautifully into their planning and our interests, and we really feel it's just a wonderful opportunity for us, as an organization, to make a difference," Smith said.

The orchestra will perform two concerts at Havana's 2,000-seat Teatro Nacional on Friday and Saturday. Friday's program is all-Beethoven, including Symphony No. 3, "Eroica," which was played during the 1929 visit. On Saturday, the program includes Bernstein's Symphonic Dances from "West Side Story" and Prokofiev's "Romeo and Juliet" suite. Both nights feature Cuban artists, including pianist Frank Fernandez and the Cuban National Choir.

"We feel an incredible joy to share our music with the Cubans but also to drink in theirs," longtime cellist Marcia Peck said. "I think it definitely goes both ways, and I think we'll come back nourished and renewed."

Vanska and others point to the five-day Cuban trip as further proof that the 111-year-old orchestra is back. It won its first Grammy Award in 2014, has been invited to return to New York to play Carnegie Hall in March 2016 and is scheduled next month to resume and complete its acclaimed Sibelius recordings.

"We haven't come staggering back. It's come roaring back," Smith said. "And that's exciting."