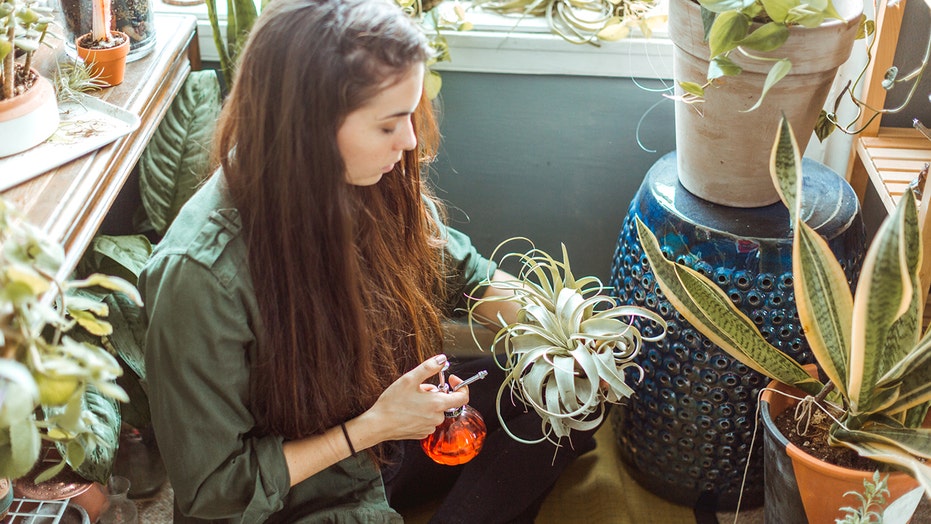 They handle the hydration while you're on vacation.

Seven in 10 millennials consider themselves “plant parents,” according to new research.

While millennial demand for houseplants is high, a poll of 2,000 millennials (aged 25–39) revealed that 67 percent say taking care of plants is more of a challenge than they bargained for.

Almost half don’t currently own plants because they don’t know how to take care of them — and 20 percent would sooner sit through a root canal than take care of a plant because of the pressure.

Not her, though! (iStock)

The study, conducted by OnePoll in conjunction with Article, examined the attitudes and behaviors of millennials toward plants and uncovered that 22 percent are apprehensive about owning a plant because they’ve accidentally killed one in the past.

With the great responsibility of having a plant come great benefits — but also great challenges. And according to study's results, we could all benefit from a crash course in the art of keeping plants alive.

In fact, the average plant parent has killed seven plants they’ve brought into their home.

The most challenging part about taking care of plants was found to be knowing the proper amount of sunlight needed. But the challenges don’t end there — respondents were also clueless on how much water a plant needs, whether the plant should live inside or outside, and the practice of pruning a plant.

“Plants are an easy way to add color and life to any space," said Zoe Garred, director of product development at Article. "The survey revealed millennials’ desire to incorporate plants into their home despite the apprehension and challenges associated with plant care.”

According to the survey results, half of respondents said they decided to add plants to their space because it complemented their overall aesthetic and decor, while a further 47 percent said they incorporate greenery into their home because it’s trendy. And 81 percent of those surveyed said that adding plants to their space has had a positive effect on mental and physical health.

She's probably one of them! (iStock)

Many millennials (three in four) also said that taking on plants is a good indicator of whether they’re responsible enough to take on a real pet. It even improves self-care, as four in five said that taking care of their plants has caused them to start taking better care of themselves.

“We've seen a rising home decor trend of pairing bold tropical leaf plants with natural elements like dark wood and raw concrete,” said Zoe Garred, director of product development at Article. "It doesn't come as a surprise that the No. 1 reason millennials own plants is because they complement their overall home decor aesthetic. A touch of greenery is a simple way to make any modern space more beautiful.”

Being a plant owner seems to be addicting, too: Forty-one percent of survey respondents say they plan on adding to their plant collection in the coming year.