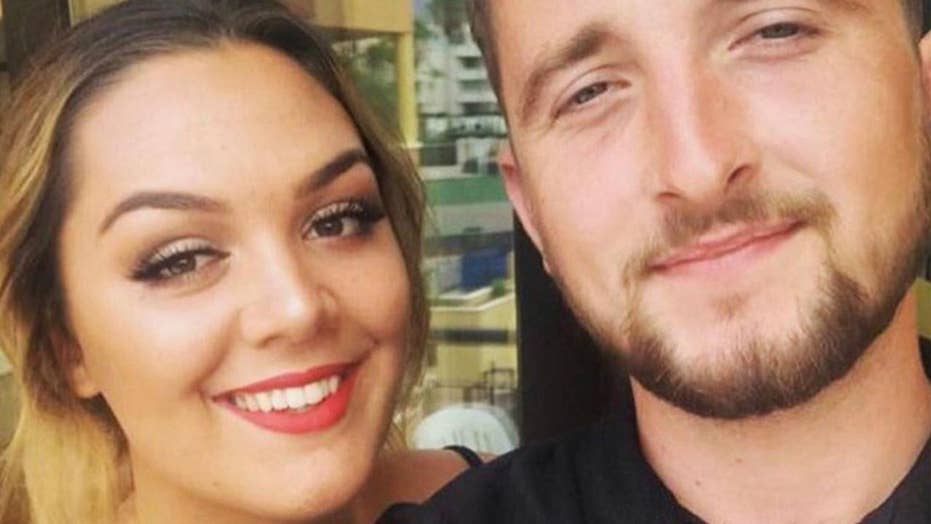 A man shared a photo of a hilarious self-tan fail, saying, ‘turns out you can’t spoon your Mrs after she’s fakes tanned.’

Sam Phillips fell asleep cuddling his girlfriend, Jade, last week. But when the 23-year-old woke up, his legs were a little more sun-kissed than he remembered.

“Woke up thinking I had a big bruise on my leg,” Phillips wrote on Twitter.

Jade had apparently recently applied self-tanner before the couple dozed off, leaving Phillips with a streak of brown on his thighs. (Jampress)

However, the man quickly discovered the “bruise” wasn’t a bruise at all, but a stain from his partner’s fake tan.

Jade had apparently gotten a fake tan earlier in the day. After the pair cuddled, Phillips was left with a streak of brown on his thighs and his girlfriend had a large mark on her calf that aligned with his new tan.

Phillips, though, is not the first man to have experienced this level of self-tan fail as evidenced by the hundreds of comments on his post.

Luckily for Phillips, he won’t have to wait until the tan fades. To remove a bad self-tan, home remedies such as mixing lemon juice and baking powder into a tan-fading paste, or simply exfoliating the skin can help get you back to your normal shade quicker.