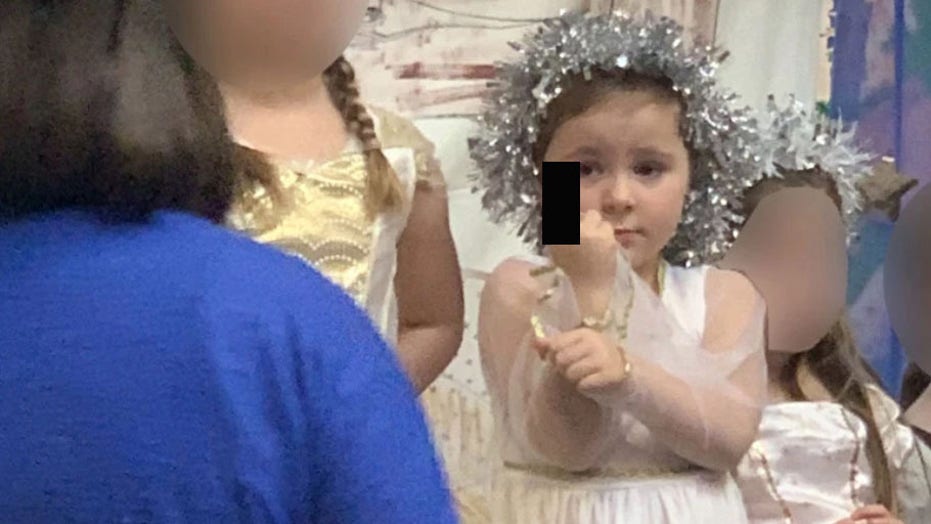 Well, that’s a unique take on the Nativity.

A 5-year-old girl in England was participating in a performance of the Christmas story when she seemingly flipped off the crowd for almost the entire production. However, the young girl had no idea what she was doing and was simply trying to get her mom’s attention.

The 5-year-old girl was apparently just trying to let her mother know that she had a hangnail. (Kennedy News)

The performer had a hangnail on her finger and was not trying to send her school a message, The New York Post reports.

Carla Bovington, the girl’s mother, spoke with Kennedy News, saying, “The performance was about half-an-hour long, and I would say 70 percent of it she had her middle finger up. I was thinking, ‘Oh God, Ella please stop.’ Because she was doing it so innocently, I think most people were thinking, ‘Oh, bless her.’"

An amused Bovington shared the photos on social media, where multiple images show a slightly distraught Ella holding her finger up to the camera.

“It was so funny because she didn’t realize what she was doing,” Bovington continued. “I had to keep mouthing ‘Put your finger down,’ discreetly, but then I just accepted that she was going to be standing there with her finger up.”

Bovington also explained that while Ella wanted to thank everyone for “liking her picture,” she also asked why everyone found it so funny.

“It had to be my child,” Bovington continued. “She just thinks she looks cute, but doesn’t know why we’re all laughing which is quite funny. When she’s older I will get (the photos) out again to show her. The second performance was much better. There was a little bit of clowning around as per usual for her, but it was fine."