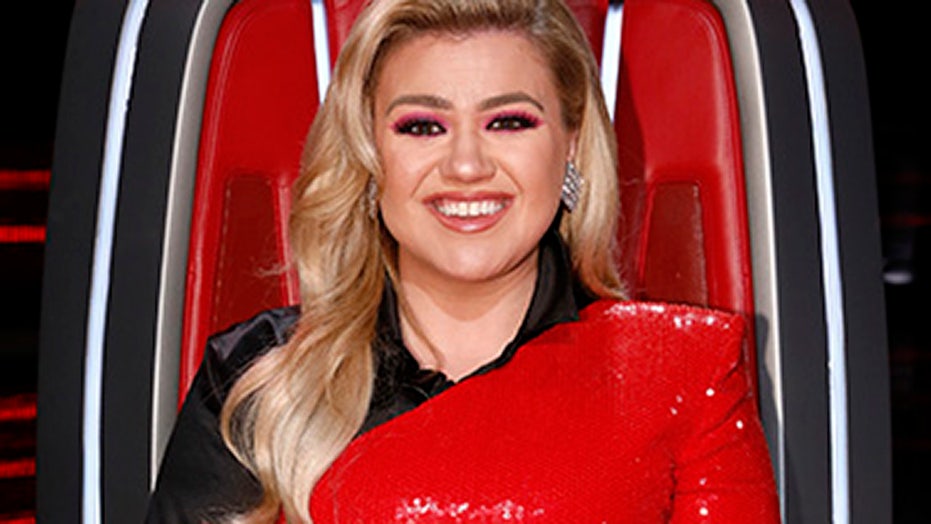 The 37-year-old singer wore an eye-popping asymmetrical red dress with one sleeve over a black blouse. The sequinned frock, made by fashion designer Alex Perry, also featured a flowy side train.

KELLY CLARKSON LAUGHS OFF 'BABY, IT'S COLD OUTSIDE' BACKLASH: 'WE DIDN'T KILL CHRISTMAS'

BLOGGER'S HACK FOR TUCKING SWEATER INTO SKIRTS STUNS: 'YOU'RE A FASHION SORCERESS'

“Seriously, Kelly Clarkson needs to fire her stylist on #theVoice,” one Twitter user commented. “Last night's dress was painful to look at, and tonight's dress looks like it's made from a trash bag!”

Another Twitter user agreed: “Kelly Clarkson needs a new stylist, she is too young and pretty to dress like a 100yr old grandma!”

“Love @NBCTheVoice and @kellyclarkson but why dress like a fruit roll up,” another person tweeted.

“That is a very weird odd dress that looks like a couple things pasted together!” another Twitter user wrote.

Others, however, applauded Clarkson’s fashion choice.

After Clarkson shared a picture of her look on Instagram, other fans raved over the red gown.

“You're the cutest thing ever! I need your confidence!!” an Instagram follower commented.

Another person said it was one of Clarkson’s best looks on the show.

“You look so stunningly gorgeous!” they said.