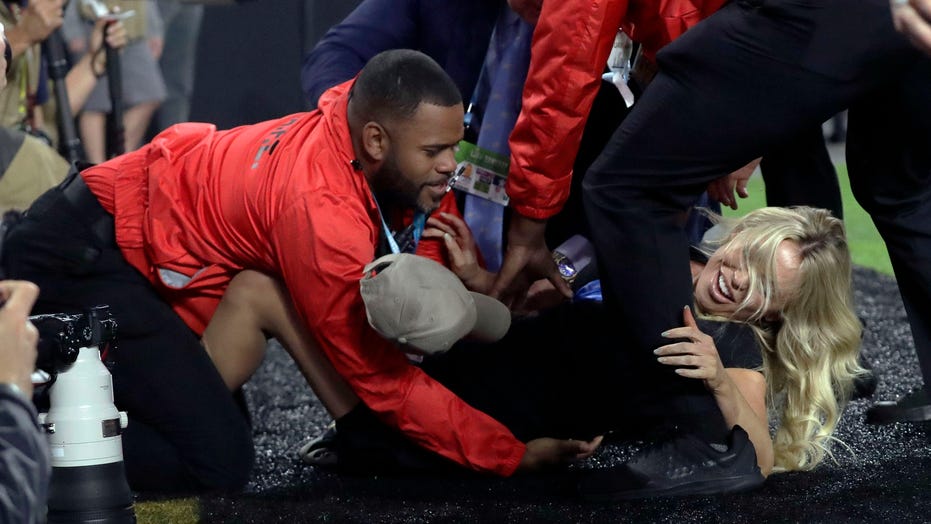 It’s probably not a great idea to try and streak on the field at the Super Bowl.

Security personnel at the game tackled a woman who reportedly charged the field in Miami and escorted her away. Footage of the incident revealed that this woman is an Instagram model, who was appeared to be attempting to streak at the event.

Model Colleen McGinniss uploaded the footage to her Instagram page, which shows security workers subduing the woman and then escorting her off the field. As she walks away, she appears to lift her dress up to show her backside to the crowd.

McGinniss captioned the photo, “You go b----! Look at that a--.” She then tagged fellow model Kelly Kay, which suggested that Kay was the woman in the footage.

Kay confirmed her involvement on her own Instagram page, posting a picture of her being escorted off the field. She captioned the photo, "Do what you want, when you want, life’s too short to have regrets."

Kelly Kay posted to her Instagram page, writing, "Do what you want, when you want, life’s too short to have regrets." (AP Photo/John Bazemore)

KingVitaly, real name Vitaly Zdorovetskiy, also recently made headlines after he said he was arrested for climbing the pyramids of Giza and spent several days in an Egyptian jail.

“No words can explain what I just went through the past five days,” Zdorovetskiy wrote alongside a picture that appears to show him sitting on top of one of the pyramids.

“I was locked up in Egypt because I climbed the Pyramids of Giza,” he continued. “I’ve been in Jail many times but this one was by far the very worst. I saw horrible things and I don’t wish this upon anybody.”