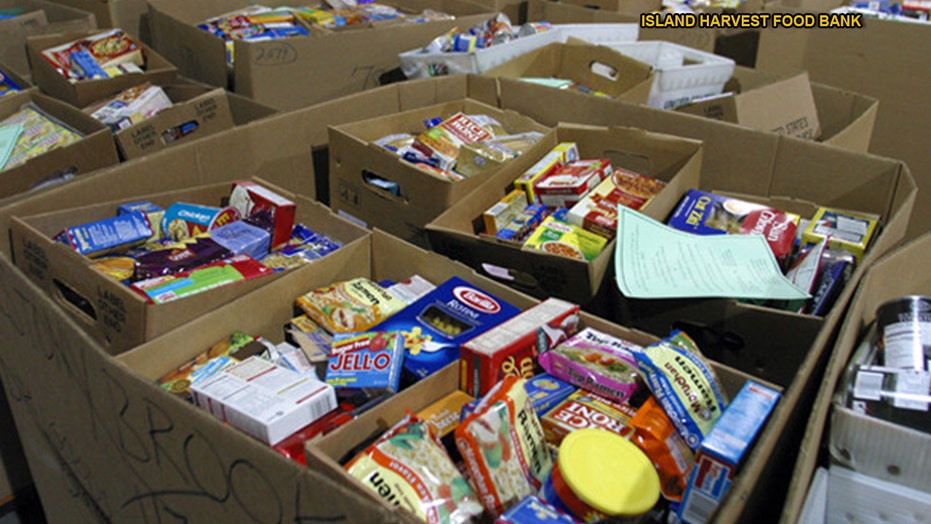 One of the areas that has been hit the hardest by the coronavirus is facing another challenge, the in ability to afford food. Randi Shubin Dresner, CEO of Island Harvest – one of the largest food banks on Long Island, says the need has grown exponentially.

Of the 3 million people that live on Long Island, N.Y., one out of every 10 people struggle with food security on a regular basis. That number has increased dramatically since the state's stay-at-home orders went into effect on March 22.

The island has seen over 65,000 cases of coronavirus and more than 3,000 related deaths. Many were also let go or furloughed in the weeks since the closure, which caused an increased demand for one of the island’s largest food pantry, Island Harvest. With so many people in need of food, an organization like Island Harvest has struggled to fill the demand.

“We're not in the business to turn people away. We've never been in that business,” Island harvest’s CEO Randi Shubin Dresner told Fox News. “[But] the demand is just so intense, the number of people showing up is just more than what [we can] help.”

CORONAVIRUS TAKES ITS TOLL ON LOCAL US GOVERNMENTS AS LAYOFFS, PAY CUTS LOOM

Island Harvest’s mission is to not only provide food but to teach people about making healthy choices when it comes to their diet. The food bank annually serves around 300,000 people, but the pandemic has made that number increase exponentially.

“Within a short period of time, we were making purchases of a thousand percent increase over the same time last year-- a thousand percent. It was pretty intense. It was about 12 times what we would normally do,” Dresner said.

The CEO added that even people who used to volunteer or help Island Harvest with donations are now seeking help.

“They were people that normally were our partners who give out the food and now they're on the other side of the line," she said.

These cases are not just a few and far between. Entire communities are changing from donors to receivers of Island Harvest’s help since the shutdown.

“We're going into a community next week that happens to be one of the communities that contribute to Island Harvest almost the most on Long Island. And [now] we're going to be distributing food in that community,” Shubin Dresner said.

CORONAVIRUS UNEMPLOYMENT RATES INCREASED THE MOST IN THESE US CITIES

One of the most difficult things for Dresner and their dozens of volunteers is having to turn people away who need food. Island Harvest does not make the decision on who receives food and who doesn’t, Dresner said it’s a matter of time and resources.

“We literally stop the line and those that are on the end of the line we have to send them away," Shubin Dresner added. “So we're not choosing, it's a question of time.  In all of the work that we do, I would say that turning people away is probably the hardest thing that we could do.”