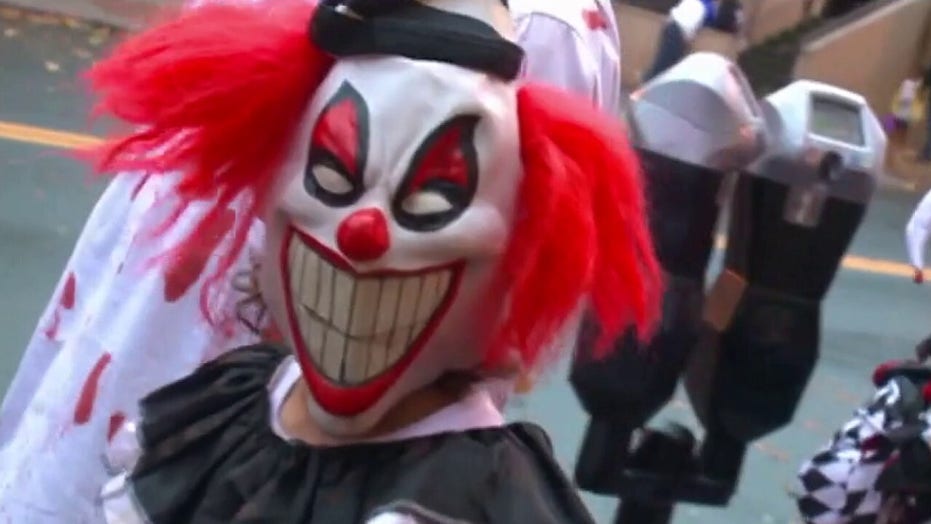 Americans are still hopeful about trick-or-treating this Halloween despite a number of cities clamping down on holiday festivities in the age of COVID-19.

Nearly a quarter of Americans (23%) said they still planned to participate in trick-or-tricking this year, compared to 29% last year, according to a survey from the National Retail Federation. That's despite a number of cities canceling festive activities like parades and street fairs amid the pandemic.

While nearly a quarter of Americans plan to trick-or-treat this year, some cities are banning Halloween this year during COVID-19. (iStock).

With the second wave of COVID-19 infections predicted to surge this fall, cities like Springfield, Mass., and downtown West Chicago are canceling trick-or-treating altogether. Others like Los Angeles County advised against it after walking back an original Sept. 8 ban on trick-or-treating.

“We are recommending that trick-or-treating not happen this year," LA Department of Health Director Barbara Ferrer said last week.

The Los Angeles County Department of Public Health issued a list of guidelines earlier this month prohibiting trick-or-treating door to door in addition to large gatherings, parties and haunted houses. The guidelines previously stated that it can be "very difficult to maintain proper social distancing on porches and at front doors especially in neighborhoods that are popular with trick-or-treaters." Health officials instead suggested virtual celebrations, car parades and activities like pumpkin carving instead.

In West Chicago, Halloween events like trick-or-treating on city-owned property have also been canceled for the rest of the year. The city's mayor, Ruben Pineda, said the decision to cancel trick-or-treating in one of the biggest cities in the state was “in everyone’s best interest.”

And in Springfield, Massachusetts, one of the state’s largest cities, banning the seasonal festivities was a “no brainer” for Mayor Domenic Sarno. Salem, Massachusetts, meanwhile, one of the top tourist destinations in the country for Halloween, is also scaling back on parades and street fairs.

Still, Americans will be buying fewer treats this year. Just 35% of Americans surveyed recently in a separate report said they would put out candy for trick-or-treaters, down 14% from last year, according to a consumer survey of more than 900 adults from market research company Advantage Solutions.

It remains unclear, however, if that will be enough candy to satiate those who still want to partake in door-to-door activities.

“Consumers continue to place importance on celebrating our traditional holidays, even if by untraditional standards,” said NRF President and CEO Matthew Shay in a press release outlining the results of its study. “Retailers are prepared to meet the increased demand for seasonal décor, costumes and other items that allow families the opportunity to observe Halloween safely.”