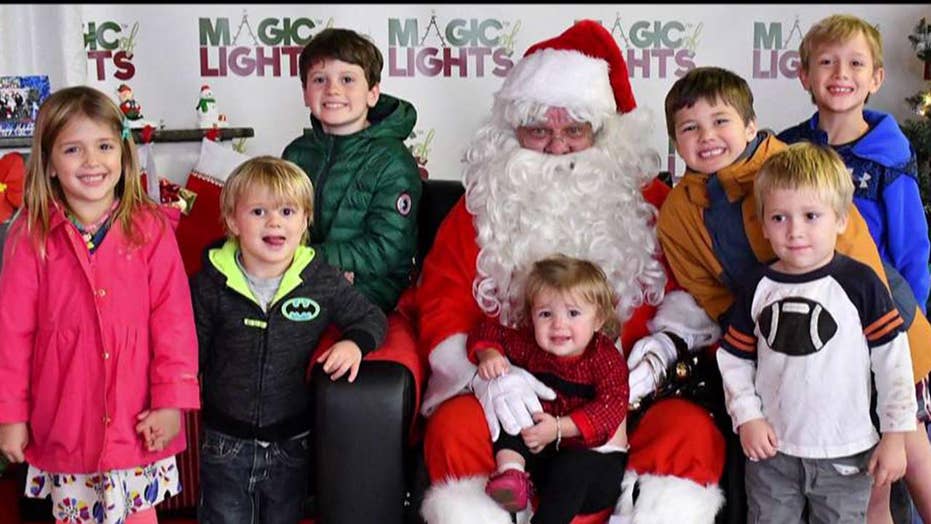 Tips to get the perfect family photo with Santa

Dear Santa, is this really you?

On behalf of Kris Kringle, Germany’s Deutsche Post has enlisted 20 workers to respond to the thousands of letters from children all over the world that are expected to fly in before Christmas.

Last year, a “representative” for Santa Claus and the postal employees in the northern German town of Himmelpfort answered 277,200 letters from 64 countries during the yuletide season, the Associated Press reports.

A man dressed as Santa Claus is welcomed by children during the opening of the most famous German Christmas mail office in the small village of Himmelpfort north of Berlin, Germany. (Soeren Stache/dpa via AP)

On Thursday, St. Nick’s helpers again opened a special post office in the small village where they answer letters in various languages – including Braille – and even respond to all inquiries with a unique Santa postmark.

The annual tradition first began in 1984, when postal workers in Himmelpfort (which means “heaven’s gate,”) received two letters addressed to Father Christmas himself.

Not wanting to send the notes back with “recipient unknown,” they answered.

As part of the annual event organized by Germany’s Deutsche Post, Santa and 20 helpers last year responded to 277,200 letters from 64 countries. (Soeren Stache/dpa via AP)

Those eager to get in touch with Santa himself can address letters to: An den Weihnachtsmann, Weihnachtspostfiliale, 16798, Himmelpfort, Germany. A return address is also requested.