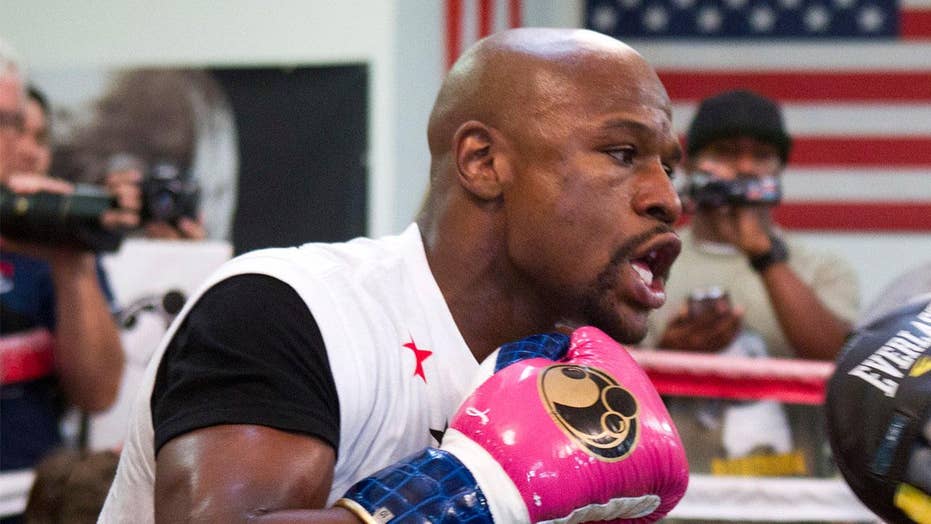 Despite the widespread backlash and subsequent boycott of Gucci after it released a controversial sweater that looked like blackface, not everyone is willing to give up their designer duds.

Floyd Mayweather told TMZ Sports Tuesday he doesn’t care about the boycott because he does what he wants while going on a massive shopping spree with his crew at the Gucci store in Beverly Hills.

"You know when everybody else they say, 'Everybody gonna boycott?' I say guess what, this boy gonna get on a yacht and live life."

Calls for the boycott began when Gucci released a $900 black knit balaclava top which features a large mouth cover with red lips on it. When the sweater is pulled up over the wearer’s face, it gives the appearance the person is in blackface.

The company pulled the sweater from its site following immediate criticism of the item. (Gucci)

The company pulled the sweater from its site following immediate criticism of the item and issued a statement on the matter, saying it “deeply apologizes for the offense caused.”

“We can confirm that the item has been immediately removed from our online store and all physical stores. We consider diversity to be a fundamental value to be fully upheld, respected, and at the forefront of every decision we make. We are fully committed to increasing diversity throughout our organization and turning this incident into a powerful learning moment for the Gucci team and beyond.”

But the apology wasn’t enough for some.

Oscar-nominated director Spike Lee said he isn’t going to dress in Gucci or Prada, who faced a similar controversy recently.

Lee announced via Instagram that he “Will No Longer Wear Prada Or Gucci Until They Hire Some Black Designers,” before writing that “They Don't Have A Clue When It Comes To Racist, Blackface Hateful Imagery.”

For Mayweather though, the controversy isn’t enough to stop him from doing what he wants.

"We all know racism still exists but that's not gonna stop my drive. I've got friends from all walks of life and to me of course, black lives matter first ... but my thing is this, I'm gonna continue to go out there live life and be happy," he said.