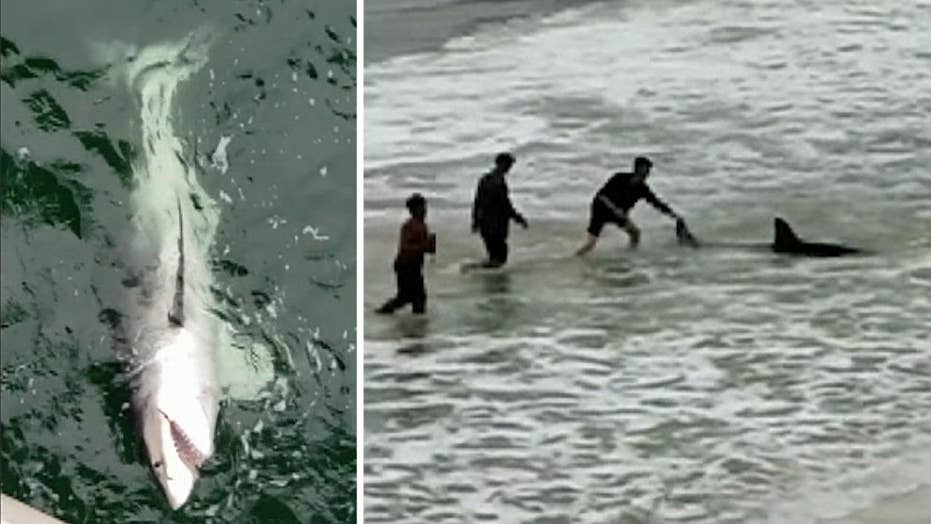 A roughly 10-foot, 700-pound great white shark was reeled to shore by fishermen in Navarre Beach, Fla., this week.

A fisherman by the name of Jeremy Utter reeled in the shark Tuesday, while Thomas Thielman, who works at the pier, assisted him in tagging and releasing the shark back into the ocean on behalf of a shark fishing organization known as True Blue, The Walton Sun reported.

Its information will be reported to the National Oceanic Atmospheric Administration (NOAA).

The event was reportedly the first time a great white has been reeled in off the Navarre Beach Pier, according to The Walton Sun, making the catch a rarity.

“It is rare, it is absolutely rare,” Thielman told the Pensacola News Journal. “We don’t get that many here. We see sightings of them, but we never caught one. That’s the first one our team has caught. We put a tag on it, got all the measurements and got a safe, clean release.”

He added to The Walton Sun that the experience was “once-in-a-lifetime” and noted it left him “speechless.”

“It is rare, it is absolutely rare."

Oklahoma resident Alisha Day was visiting the area when she happened to witness the catch.

It took roughly an hour and a half to reel the shark in, Thielman said.