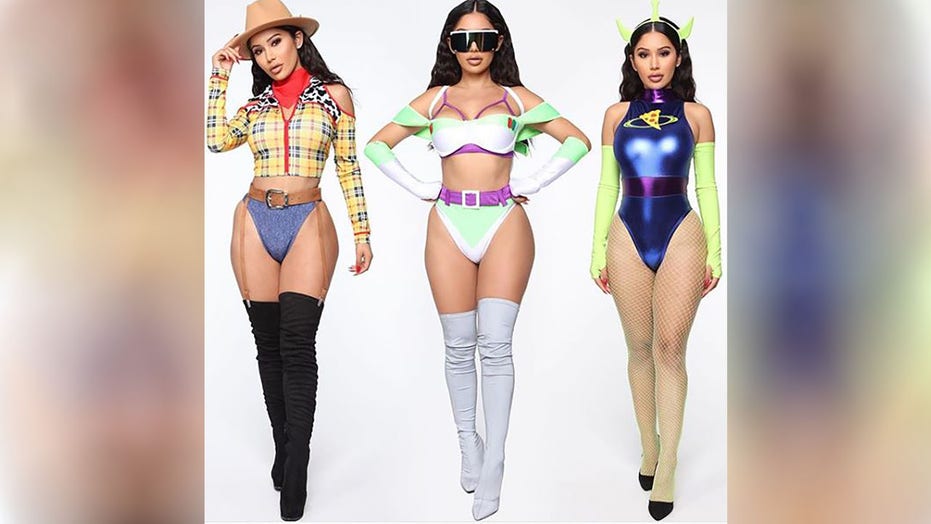 This is not what Buzz Lightyear meant when he said, “to infinity and beyond!”

A line of revealing Halloween costumes seemingly based on the movie “Toy Story” are scaring up big reactions online. The costumes don’t appear to be officially licensed products, but the small amount of fabric makes it clear which characters they represent.

Online retailer Fashion Nova released the line-up, which includes three different costumes, on their website. The first is called New Sheriff In Town and is apparently based on Woody, the toy Western lawman voiced by Tom Hanks.

For fans of Buzz Lightyear, there’s the Infinite And Beyond costume. Closing out the set is a costume called Ooooh The Claw, based n the toy aliens that live in the Pizza Planet claw machine in “Toy Story.”

According to the Fashion Nova website, the cowboy and alien costumes have sold out and the Buzz-Lightyear-themed outfit is only available in a few sizes.

On Instagram, the reaction was mixed. While plenty of people responded positively to the costumes, others were less enthused. One commenter simply wrote, “Childhood ruined.”

Another user wrote, “Y’all ruined ‘Toy Story’ for me, but pretty cute.”

On the other hand, the post has garnered more than 42,000 likes and many of the comments are from people hoping to convince other friends into joining them in a group costume.

In other words, for anyone with kids who are fans of “Toy Story,” this might be a good year to go trick-or-treating early so they don’t see anything that ruins the movie.