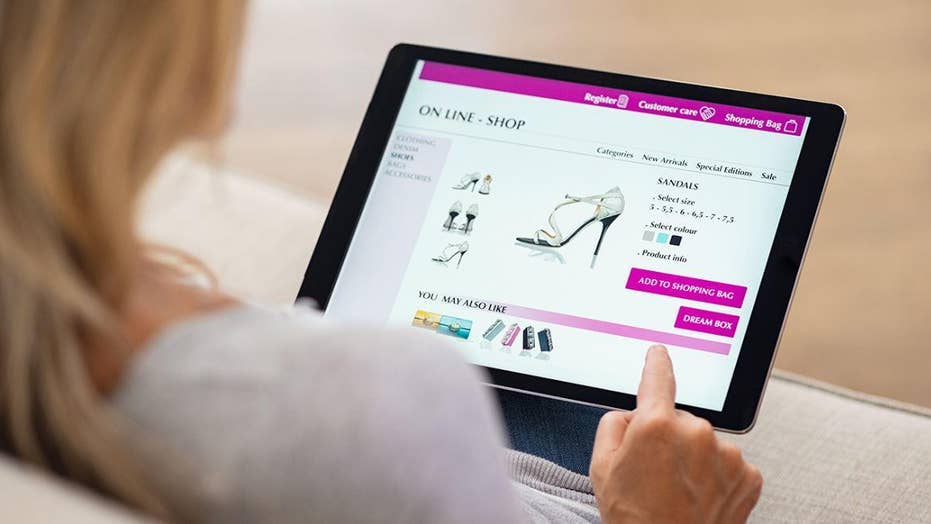 We will buy more online than in stores by 2033: Retail watcher

Ah, the thrill of online shopping. But whatever you’re in the market for, cutting through the clutter can be exhausting, which is perhaps why Facebook users were recently inspired to proclaim one woman as a “genius” for a clever hack she uses while shopping for shoes.

New Zealand radio host Megan Papas recently went viral for her brilliant secret to staying focused while on the hunt for heels. Earlier this month, the ZM network host revealed her trick on her company’s Facebook page, in a video that has since been viewed over 3.4 million times.

CHRISTIAN LOUBOUTIN BELIEVES HEELS ARE A 'FORM OF LIBERTY'

In the 30-second clip, Papas held a miniature photo cutout of herself — without feet — up to her computer screen. Scrolling down the webpage, Papas held up her mini look-alike to the different pairs of heels, helping her to visualize if their aesthetic would match her own style, the New Zealand Herald reports.

As simple as it was, social media commenters were largely amazed with the trick.

“This hack is genius!” one exclaimed.

“Omg this is a game-changer,” another agreed.

“Hah you could do this with online dating too!!” a user said.

“Not as much fun as buying 5 pairs and only keeping one,” one critic joked.

Whether or not the shoe ultimately fits for Papas, the joy of shoe-shopping never seems to go out of style: In a recent study, market research firm NPD Group claimed that fashion footwear – defined as dress, casual, evening shoes and slippers – generated sales of over $60 billion in the U.S. alone in 2018, Footwear News reports.