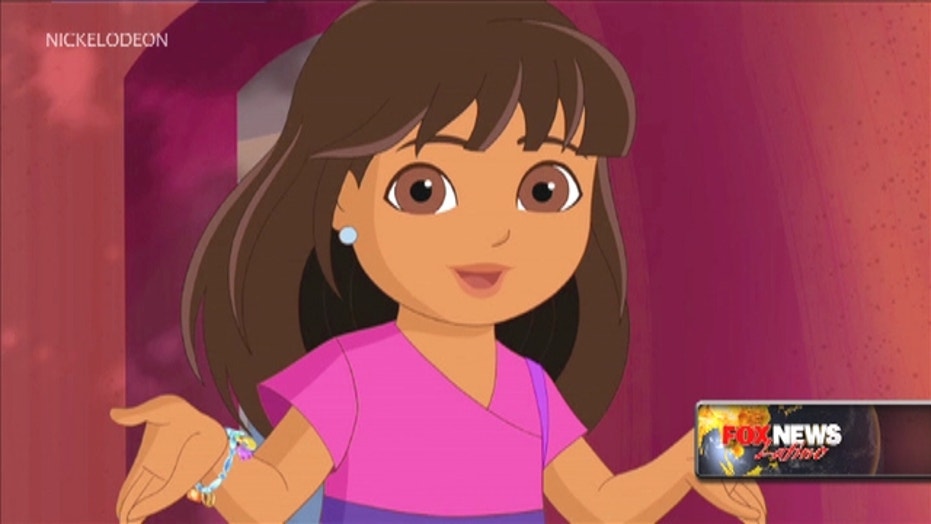 Meet Fatima Ptacek, 13, the voice behind the iconic character “Dora the Explorer” and the New Nickelodeon Preschool Series, Dora and Friends: Into the City!

Step aside Taylor Swift, there is a new ambassador in the Big Apple.

Cartoon heroine “Dora the Explorer” has been chosen to reprise her role as New York City’s family ambassador as part of a new tourism campaign in both English and Spanish.

NYC & Company announced Tuesday that they have teamed up with Nickelodeon for a yearlong campaign that will encourage families to travel to the city’s five boroughs by highlighting their family-friendly attractions.

“From the Staten Island Ferry and Times Square to the amazing diversity of Queens, the views from the Brooklyn Bridge Park and the wonderful Bronx Zoo, it’s no surprise New York City has become a favorite family destination,” said NYC Mayor Bill de Blasio in a statement. “I am very excited to have Dora as our official embajadora to show families from across the globe the countless recreational and cultural riches of the five boroughs.”

Pam Kaufman, chief marketing officer and president of consumer products with Nickelodeon Group, said it was a privilege to have “our iconic Latino heroine Dora” as NYC’s official ambassador in 2010 and that it’s an even “greater honor” to have her reprise her role this year.

“New York City offers so many attractions, and there’s no one more equipped than Dora and her friends to help encourage kids and families from around the globe to visit and explore the greatest city in the world.”

The Family Ambassador program was created in 2009 to promote NYC as a welcoming family-friendly destination, with “Sesame Street” characters serving as the first ambassadors. Other ambassadors have included Curious George (2014), Waldo from the “Where’s Waldo?” series (2013), the Muppets (2012) and the Smurfs in 2011.

“We are thrilled to enlist the help of adventurous Dora to welcome even more family travelers with our first-ever bilingual campaign,” said Fred Dixon, president and CEO of NYC & Company in a statement.

Dora’s return as ambassador comes after Nickelodeon debuted “Dora and Friends: Into the City!” in 2014, a new animated preschool series the explorer living in the city, attending school and giving back to the community.