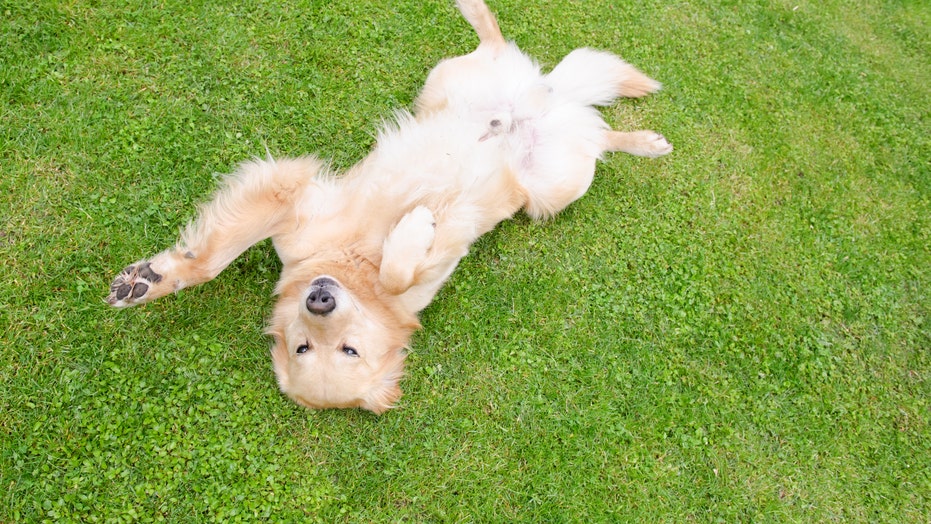 It seems like everyone wants to get fitter in 2020 — including this spirited golden retriever.

On Wednesday, video footage of a dog named Riptide workin' out hit Twitter and quickly went viral. In the must-see clip, shared by an account called Humor and Animals, a group of gym-goers lay on their backs in a circle and performed their best bicycle kicks.

WOMAN CLAIMS DOG WAS CRUSHED TO DEATH DURING PETSMART GROOMING APPOINTMENT: 'SHE WASN'T JUST A PET'

Not one to miss an ab-toning exercise, Riptide joined in the fun, wiggling around the ground and kicking his legs in the air while an amused-looking instructor watched. Footage of the lighthearted gym session has since received over 660,000 views, 76,000 likes and 13,000 shares on Twitter.

Commenters were largely impressed with Riptide’s moves, and agreed they’d be more “motivated” to hit the gym if the pup was their workout partner.

Others shared “tails” of their own pet’s antics when they tried to squeeze a workout in.

Aside from his gym schedule, Riptide the retriever reportedly lives quite the sporty lifestyle.

The Daily Mail reports that the dog is the “unofficial” mascot of the Stanford University Women's rowing team, and often attends their training sessions.

As for his personal brand, the photogenic pup keeps fans entertained on Instagram, where he has over 15,000 followers.