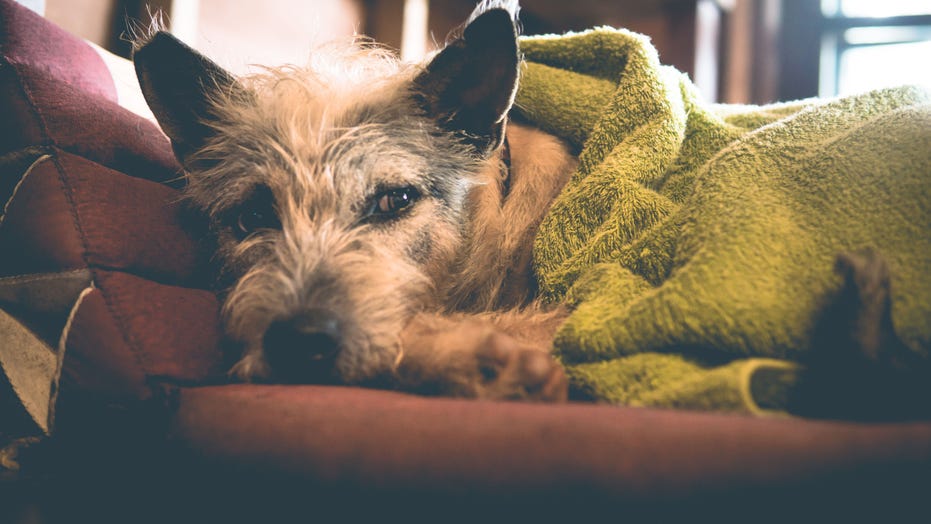 A dog owner from California caught her pet sitter walking around her apartment naked, and that's not the worst of it.

Brown was leaving town to go to a wedding in Louisiana. She says that when she got there, she received an alert from the 'doggie cam,' which showed a strange man in her apartment, ABC 7 reports. When she checked the footage, she witnessed Brengle and the man walk into the master bedroom together.

The man visited the apartment several more times, along with two people identified as Brengle’s parents. The footage also showed Brengle sitting on the couch naked.

The footage also shows Brengle yelling at the dogs on at least one occasion, and it appears that she took them for short walks despite being hired to take them on long walks.

When she spoke with a reporter for ABC7, Brengle denied that anything inappropriate happened in the bedroom. When questioned about being naked, she said: “It got hot.”

UPDATE: A spokesperson for Wag! provided the following statement to Fox News: “We love dogs, and we want those who use Wag! to know that we care about the people and pets on our platform. The reported behavior in this situation is unacceptable and contrary to our Community Guidelines as published on wagwalking.com. We expect everyone on the Wag! platform to conduct themselves professionally. When we learned of the incident, we immediately suspended the pet care provider, an independent contractor, from our platform and began an investigation, which is currently underway. We’ve spoken to the pet parent and offered to pay for cleaning services and a locksmith. We’ve also agreed to reimburse her for any services provided by this pet care provider. We’re committed to allowing only the highest-quality pet care providers on the Wag! platform and approve only a small percentage of those who apply.

"Every day, pet care providers with Wag! successfully complete thousands of services for dogs in more than 110 cities across the U.S. We’re committed to doing the right thing and ensuring that trust and safety are integral to every product and service we offer.”