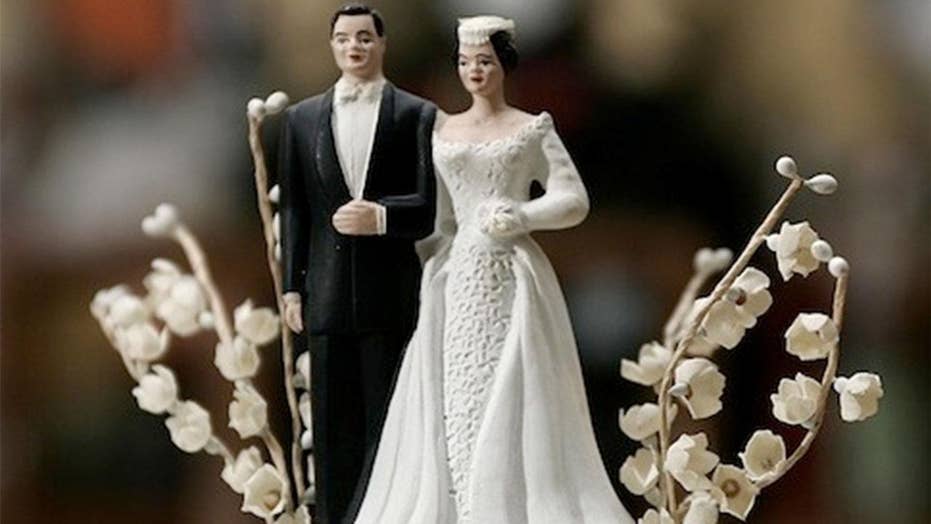 Report: This is the most popular wedding day of the year

Forget about “first looks” and champagne toasts — one couple broke the mold with a celebratory wedding photo shoot that showed them canoodling in the mud.

Last week, a series of photos showing the couple, identified as Jose and Anisha, went viral on Twitter. In the images, which were taken by Binu Seens Photography, the lovebirds could be seen smiling and cuddling while laying down in a muddy pool of water in a grassy countryside.

The exact location of the photo op remains unclear, The Indian Express reports.

While the Twitter post containing the shots has been liked nearly 2,300 times, commenters had a whole lot of snarky things to say about the swampy shoot.

Forget about “first looks” and champagne toasts – one couple broke the mold with a wedding photo shoot that showed them canoodling in the mud. (Binu Seens Photography)

The series of photos showed the couple smiling and cuddling while laying down in a muddy pool of water in a grassy countryside. (Binu Seens Photography)

Some Twitter users seized the moment to crack all kinds of jokes about "mudslinging," with one writing that "usually couples do mudslinging after a few years but OK," and another saying the "mudslinging" between them would continue well after the wedding. Some also theorized that the pics were taken after the couple had already wed, as the bride's sindoor – a red cosmetic powder worn by married Indian women – was reportedly visible in some shots.

"Very 'down to earth' couple," someone else joked.

Here’s to wishing the newlyweds well in their happily ever after — with minimal mudslinging, to boot.