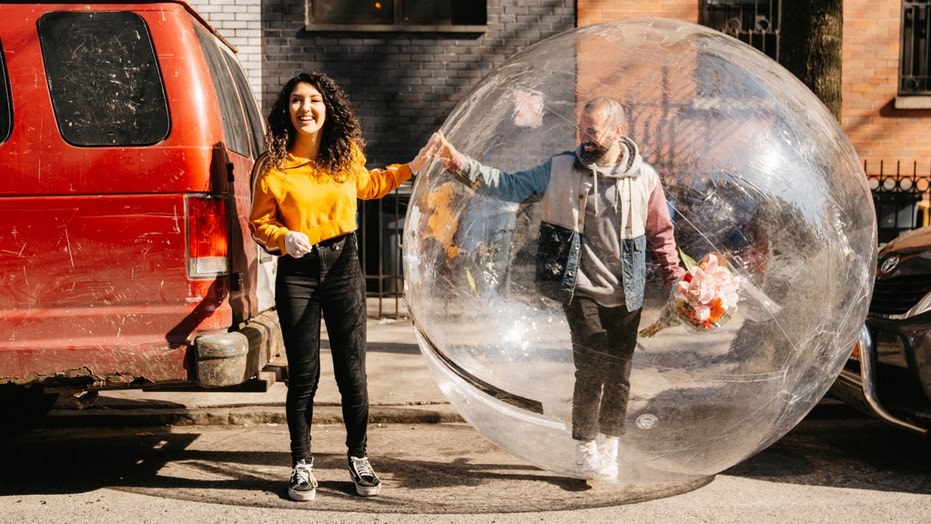 The iconic and normally bustling street in California is virtually empty amid the coronavirus outbreak.

The story of a Brooklyn-based photographer who claims to have wooed a woman via drone during self-isolation is bubbling up once again.

Last week, Jeremy Cohen shared news of the potential romance on TikTok, Twitter and Instagram, along with a video explaining how he first saw the woman from his apartment window while she was dancing on a rooftop nearby. Since he was under self-isolation due to the coronavirus pandemic, he decided to send over a drone affixed with his phone number. Cohen said she texted him soon afterward.

In the days since, Cohen claims to have also gone on a first “date” with this mystery woman — whose name is Tori — by arranging simultaneous, socially-distanced dinner plans, with him on his balcony and her on her rooftop. He also documented this date on video, sharing “Part 2” of the saga on Wednesday.

In an update posted on March 27, Cohen shared a video of himself leaving his apartment, getting into a plastic bubble, inflating it, and walking over to meet Tori in front of her building. The two then took a walk throughout the neighborhood and, at one point, even stopped to take a selfie with some local cops who recognized him from the news.

“Just because we have to social distance doesn’t mean we have to be socially distant,” he said via on-screen message in the video, which also featured clips of Cohen and Tori wandering the streets while separated by a thin layer of plastic.

Jeremy Cohen, right, first approached Tori via drone, during self-isolation in their respective Brooklyn residences. Late last week, he donned a bubble so they could hang out in person. (Maxwell Swift/@maxwellswift)

Plenty of commenters were touched by their romance, with one urging the two to get married already.

A few others, meanwhile, were just super grossed-out that Tori put her face up against the outside of the bubble that had been “dragged along” the NYC streets.

It should be noted, however, that plenty of commenters seem to think Cohen’s entire saga is fake, or at least somewhat staged, but Cohen had previously insisted that it’s all “a real story.”

Over the weekend, Cohen added on Instagram that he’s currently exploring ways to “take Part 4 to the next level," though he didn't reveal any of his ideas.

Judging by the photo, however, Tori should get ready to eat, like, 80 slices of stale pizza.