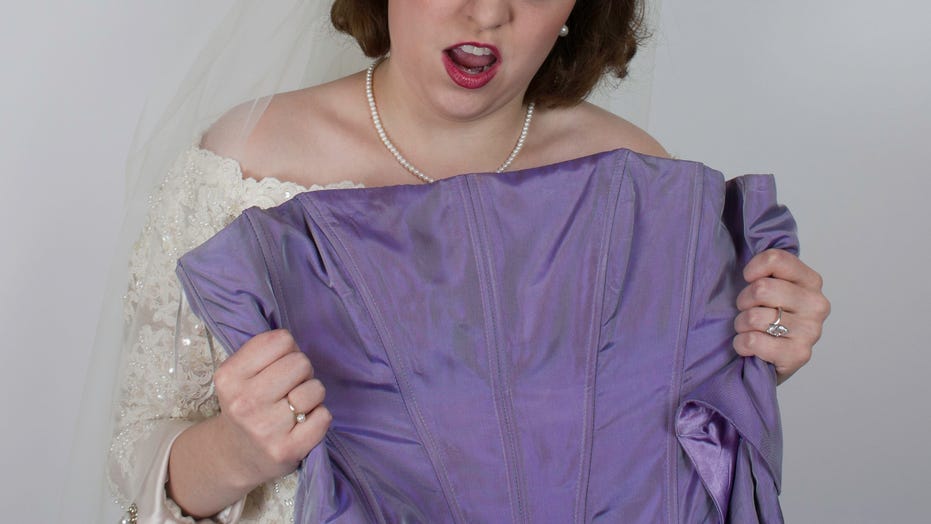 In a post that is sure to make every bride-to-be shudder with horror, one woman has revealed how her bridesmaid committed the ultimate faux pas by posting an image of her wedding dress on Facebook.

And it gets worse. Not only was the bride IN the dress - as it was taken during her final fitting - but the bridesmaid also tagged her fiancé in the post.

Taking to Mumsnet to ask for advice, she wrote: "I know I probably am but just wanted to hear others opinions on whether they would be sad about it or if I just need to get a grip!

"Getting married soon and after trying on a lot of different dresses I finally found the one, something I never thought I would due to being very body conscious and anxious. Went back for a final fitting at the weekend and took one of my bridesmaids as she wanted to see. After finishing the appointment and getting home I saw that she had posted a photo of me in the dress on Facebook (during the appointment so it had already been on an hour or two when I saw it).

"She tagged my partner in it saying she bets he couldn’t wait to marry me and how lovely my dress is. When I asked her to remove it her response was ‘it doesn’t matter if he’s seen it he’s a man so he will have forgotten what it looks like in 5 minutes time.’ My dad had also seen it as well and it was going to be a surprise for him on the day too.

"I just don’t know what to do or how to feel! I am so gutted that it now won’t be a surprise to my partner or my dad. She knew how much that meant to me and the only thing I had asked for was that details of how I will look on the day were kept a surprise from my dad and partner. As I paid in installments the dress is now fully paid for and I don’t have time to get another one and do all the alterations etc. Someone tell me I will stop feeling like this soon!"

And let's just say other Mumsnet users were equally horrified, with many in pure disbelief that the bridesmaid thought it was acceptable.

One wrote: "I'm sorry but she should not be your friend or bridesmaid. I can't believe someone would do that. Your dress is your secret until the day of the wedding. Do you think maybe she is jealous that you are getting married because there really is no excuse for posting and tagging your dress on Facebook."

While another admitted they would be "furious" and one advised the bride to "ditch her".

Another tried to reassure the woman that the dress would be different on the day, once her hair and make-up were done. "Sack the bridesmaid," she wrote."Don't worry, your dress will look different when your hair and make-up are done, etc. Try not to let it spoil the day."

The post has so far racked up hundreds of responses with fellow brides completely shaken by what had happened.

One even explained they were lost for words while hundreds of furious members advised the bride to uninvite her as well as strip her of her bridesmaid role.

Later in the post, the bride explained: "No I haven't officially sacked her yet, know I need to but just don't have the energy to deal with her and find the words. Will have to do it soon though."

What would you do?