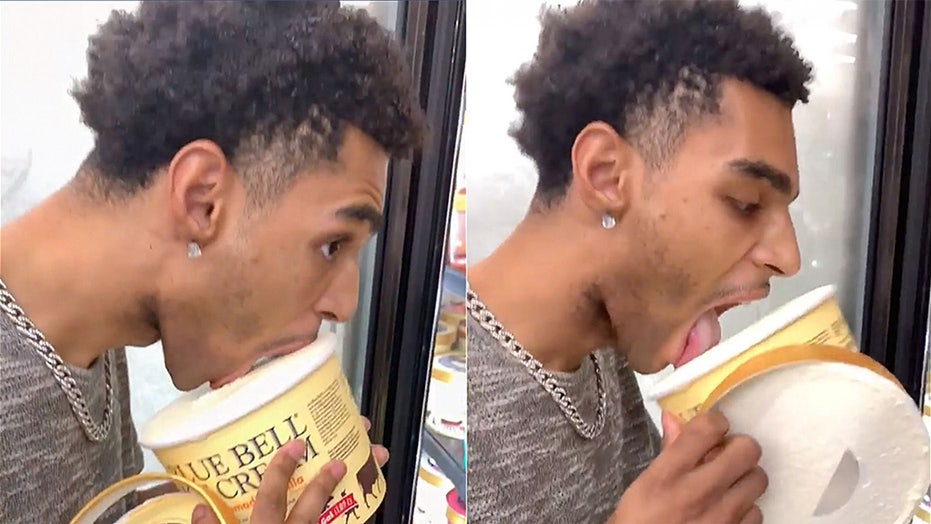 A Texas man pleaded guilty in court Thursday of licking a pint of Blue Bell ice cream in a viral video stunt before returning it to its shelf at a Walmart in Port Arthur, but he's asking for a lighter punishment.

D' Adrien Anderson, commonly known as "Dapper Don" on Facebook, uploaded a 20-second video of himself removing the tub of homemade vanilla ice cream from the freezer aisle of the store before opening and licking the dessert multiple times, and sticking his finger in it and then putting it back on the store shelf with the lid reattached.

The video, taken in August, has garnered more than 157,000 views. Anderson, 24, then purchased the ice cream and no charges were immediately filed against him.

Later, the prankster, who bragged that he "trolled all Southeast Texas" with the stunt, was charged with criminal mischief after the Walmart reportedly lost money replacing ice cream tubs and paying charges related to the police investigation, according to Jefferson County District Attorney Bob Wortham.

<br data-cke-eol="1"> D'Adrien Anderson, 24, has been booked into jail on charges of criminal mischief for his recent ice cream-licking gimmick at a Texas Walmart. ((Dapper Don / Facebook))

Anderson, who faces up to a year behind bars and a maximum fine of $4,000, instead pled for leniency, asking the judge for probation, according to local news reports.