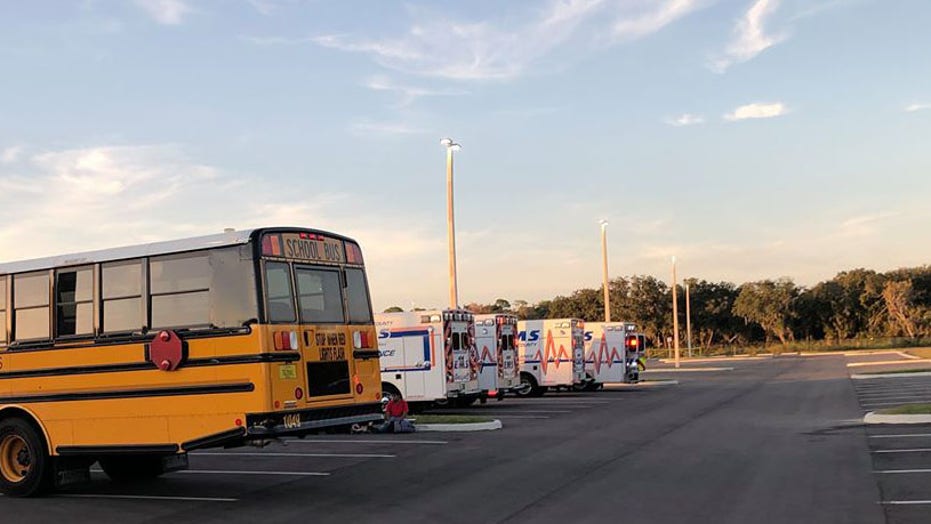 This probably isn’t what the commercials meant when they boast of "the Axe effect.”

A school bus carrying 30 children from Florida's Manatee County School District was evacuated on Monday after an “excessive amount of body spray” was released aboard the vehicle. Authorities are investigating the incident, and believe that it was meant to be a prank.

Local authorities believe that an excessive amount of body spray was released on the bus as a prank. (Parrish Fire District)

At least 15 students were treated for “mild respiratory irritation” after the spray was discharged on the school bus, which was in Parrish, Fla., at the time, Fox 5 reports. Authorities are reviewing cameras on the bus to determine who released the spray, which has been identified as Axe Body Spray by ABC Action News.

Fortunately for the students, no serious injuries were reported. A second, Axe-body-spray-free bus was called to the scene to transport the students to a nearby high school, where their parents could pick them up.

The Parrish County Fire Department released a statement about the incident on their Facebook page that said: “Early this evening, our District along with MCEMS responded to a reported hazardous materials incident onboard a Manatee County School Bus. Crews arrived on the scene to find fifteen students with mild respiratory irritation. All students were triaged and prioritized according to their initial complaint.”

The statement continues: “It was a unified command decision to call out secondary bus to be dispatched to pick up the stranded students and remotely transport to the local High School for a limited access lot to provide security and accountability for parents to pick up students. Manatee Co. School Board reps along with the Sheriff’s Office set up a coordinated pick-up area.”

Authorities are treating incident as a “prank” and “an active on-going investigation in which bus cameras will be reviewed and further interviews conducted. All 30 students on the bus were accounted for and treated and released with refusals to be transported by EMS.”