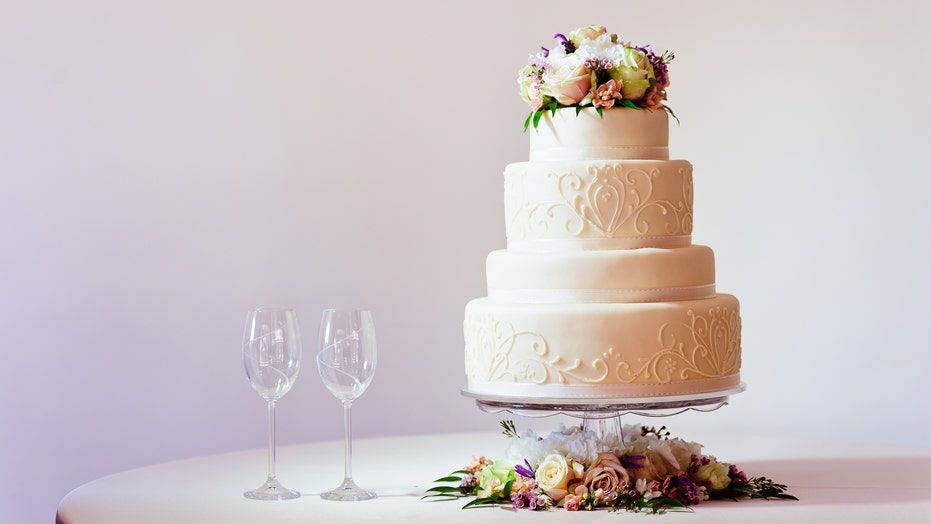 A wedding day is usually considered to be the happiest day in a couple's life, but for one hot-headed groom, that was definitely not the case.

A shocking Facebook video shows a man completely losing it during a botched cake cutting ceremony at his wedding reception, leaving guests and his new bride horrified.

The clip opens with the groom and bride cutting the cake. The groom is visibly irritable as he forcefully and unenthusiastically guides his wife’s hand to cut a slice. But rather than finishing the ceremony by taking out the slice to feed his wife a piece a cake, as is tradition, he instead throws the knife on the table.

A bridesmaid then cuts out the slice and grabs a fork in an attempt to finish the job. The groom, apparently realizing his job wasn’t quite done, snatches the plate of cake from the bridesmaid and unromantically feeds his bride. He then takes a piece for himself and eats it.

BRIDE ARRESTED AFTER ALLEGEDLY TRYING TO FORCE PHOTOGRAPHER TO WORK HER WEDDING, PAY HER FOR THE PRIVILEGE

Traditionally, cake cutting ceremonies involve the newlyweds feeding each other the first slice, which symbolizes their commitment to providing to each other, according to the wedding blog, The Knot.

Things took a turn for the worse, however, when the groom suddenly snatched a bottle of champagne from a guest’s hands and wildly shook the beverage before he smashed it onto the ground. Unleashed, the groom explodes and kicks the wedding cake.

Guests appeared shocked by the groom’s behavior, particularly a group of children standing nearby. A group of men is then seen surrounding the groom, likely trying to calm him down.

“This guy is a lot ignorant. He needs a man's slap to wrap himself up,” a Facebook commenter wrote.

“This is really disgusting,” someone else commented.

Another wrote, “He's an idiot… what a shame.”

The video has since gone viral, garnering more than 2.8 million views and nearly 20,000 comments.