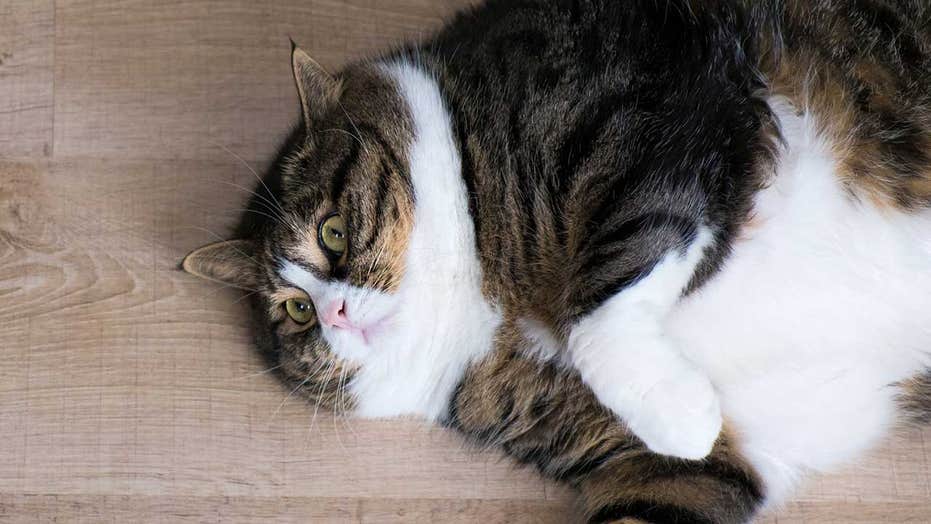 'The Office' actress Angela Kinsey speaks about her comedic inspirations.

America has a fat cat epidemic.

And it’s not just the especially “chonky” 26-pound big boy BeeJay, who made headlines when he went up for adoption at a Philadelphia shelter, or New York’s own 40-pound Barsik, who’s so fat he needs a stroller to get around. More than 50 percent of the nation’s kitties are overweight or obese, according to a new study from the Virginia-Maryland College of Veterinary Medicine.

The extra weight may mean extra fluff and cuteness, but it also means additional health problems, which can impair a chubby puss’s quality of life, researchers say.

In other words? He should not haz another cheezburger. (iStock)

“Just like in humans, there are complications associated with obesity, such as joint disease,” says veterinary school nutrition assistant professor Dr. Megan Shepherd in a statement.

The yearlong study — which, full disclosure, was sponsored by pet food brand Purina — enrolled 44 chunky felines and gave them each personalized weight-loss plans to see what works best to help kitties lose weight.

“We hear all the time that feline owners want their cats to lose weight because they understand how important it is to keep their cat an ideal body weight,” says clinical nutrition resident Dr. Lauren Dodd.

However, like humans, sticking to a diet can be difficult for fat cats. The study chronicled several ways owners have gotten their cats to shed the pounds.

For fat cat Miko Angelo, new toys and not “loving [him] to death” through overfeeding made for a successful weight-loss regimen.

“We kind of knew that he had a problem, but we didn’t know the extent of the problem,” says Erin Shibley, mother of Miko, who was 17.6 pounds when he entered the study last year. Now he’s just over 14 pounds, and “plays a lot more” and is “just a happier cat,” says Shibley.

Other effective treatments included getting cats to “eat vegetables as a low-calorie snack,” and even dieting alongside them, as one cat owner did, according to a press release. Some cats’ owners have tried to help their chubby pets by sending them to fat camp.

Dodd will present the study’s full findings later this year.

It’s a step in the right direction from the days when Himmy, a 46-pound Australian kitty, held the Guinness World Record for biggest cat. Himmy was the last cat to get the honor — Guinness stopped the contest shortly after his death, to discourage pet obesity.