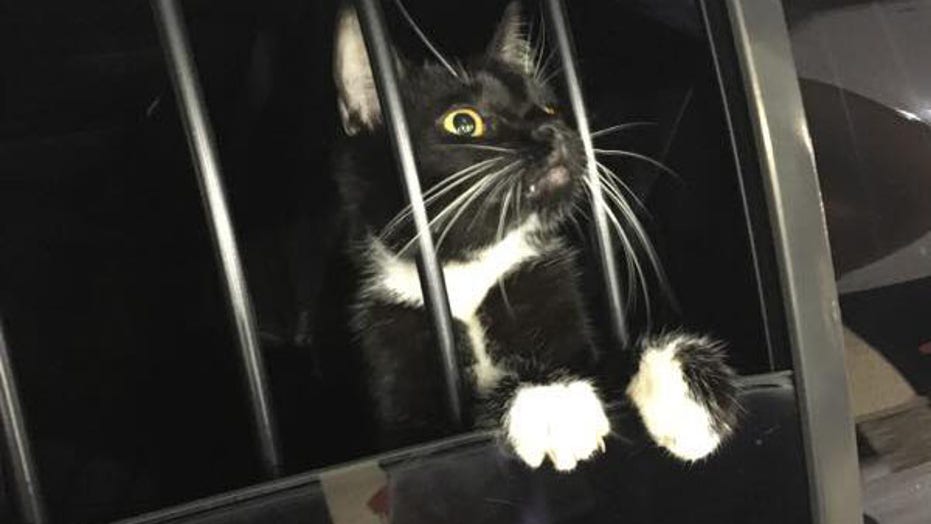 'The Office' actress Angela Kinsey speaks about her comedic inspirations.

While responding to reports of a possible “burglary in progress” at a residence in Collier County, police officers made a furry discovery. Apparently, a small cat had gotten loose and wandered into a house while making “suspicious noises.”

Apparently, the cat made noises that were mistaken for somebody breaking into a home, prompting the call to the police. According to the sheriff’s department, the cat was apprehended and turned over to animal services.

The Collier County Sheriff’s Department posted about the incident on their Facebook page, writing, “Last night Sgt. Sudano, Cpl. Caceres, Cpl. Nova and Cpl. Henderson responded to a residence on 60th Avenue N.E. in reference to a suspicious incident that was possibly a burglary in progress."

“Upon arrival,” the post continues, “it was discovered that a small feline was the culprit behind the disturbing sounds that prompted the call. The 'cat burglar' was quickly detained and turned over to Collier County Domestic Animal Services for safekeeping and fur-ther questioning.”

The post was later updated, saying, “Great news! Our cat burglar was micro-chipped. He has been identified as Bones and our partners at D.A.S. are in the process of contacting his owner!”

It turns out, in Florida, no cat is above the law.