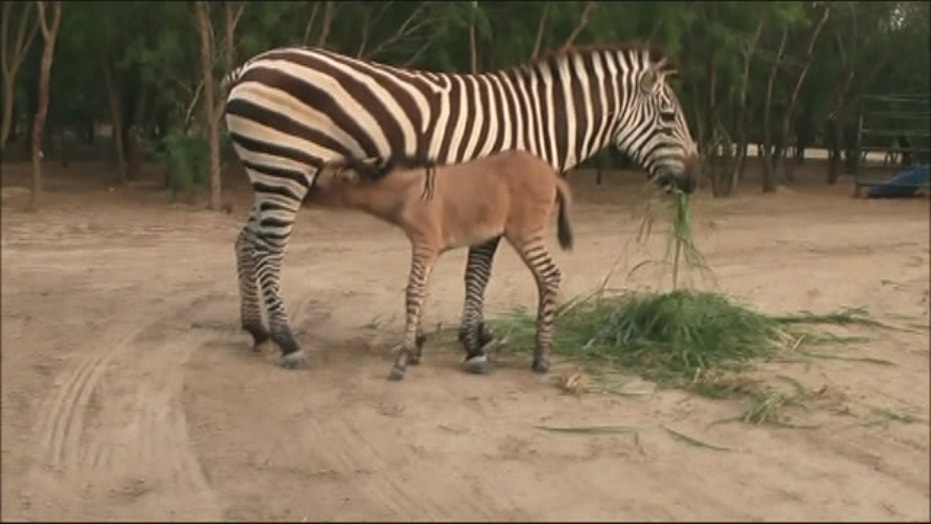 A zonkey, a cross between a zebra and a donkey, born in a zoo in Mexico.

TAMAULIPAS, México – A rare and unusual cross-breed made its debut at a zoo in Mexico.

It's a zonkey, a cross between a zebra and a donkey.

The animal, named Khumba, was born at the Reynosa Zoo on April 21 and there was a little romance involved.

Reynosa is the largest city of the northeastern state of Tamaulipas.

The zoo says the specimen is extra rare because zebra and donkey chromosomes were not thought to be compatible.

Though rare, Khumba is not the first zonkey. Ippo, a zonkey born in Italy, became a huge sensation -- and tourist attraction -- when he was born in Florence last year. Ippo was spawned after his dad, a zebra, jumped over a fence into an enclosure housing donkeys.

The mix breeds are also in Japan, China and the United States.

For more stories go to myfoxdetroit.com