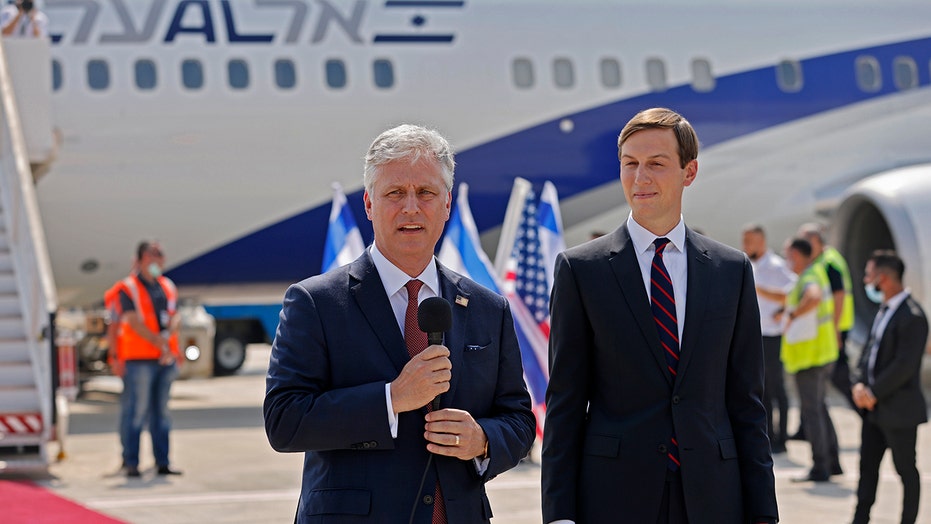 Authorities in Abu Dhabi sent a memo Tuesday instructing all hotels in the city to offer kosher food and beverage options, anticipating a surge in Israeli and Jewish travelers following the landmark peace agreement between Israel and the United Arab Emirates.

The Abu Dhabi Department of Culture and Tourism pledged its commitment to serving “all visitors and tourists in the emirate of Abu Dhabi" and advised hotel managers in the Emirati capital to include "kosher food options on room service menus and at all food and beverage outlets in their establishments."

The department also instructed hotel establishments ”to seek kosher certifications for the handling of kosher meals," and designate an area in all kitchens for kosher food preparations.

The announcement comes just days before Israel will join the United Arab Emirates at a White House ceremony on Sept. 15 to sign the diplomatic peace deal known as the Abraham Accord, which seeks to normalize relations in the region.

The president of the Jewish Council of the Emirates, Ross Kriel, called the announcement "reflective of the many ways in which our lives in the UAE are being transformed in the days since the Abraham Accord was announced," The Times of Israel reported.