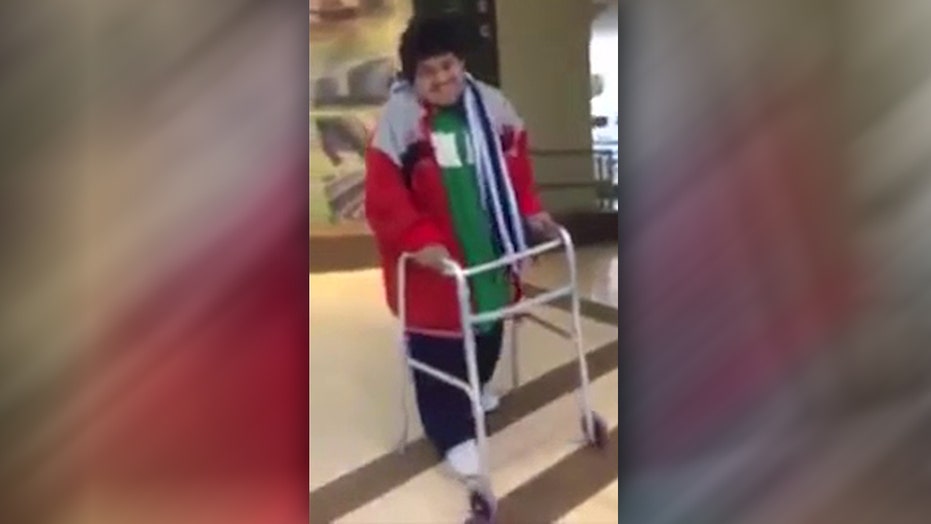 Raw video: 17-year-old who once weighed more than 1,000 pounds walks for first time in his teenage life

A 17-year-old boy who once weighed more than 1,000 pounds has walked for the first time in his teenage life.

Khaled Mohsen Al Shaeri, of Saudi Arabia, has lost 700 pounds— about half of his weight— since being on an intensive hospital fitness routine, Central European News (CEN) reported.

In a new video, Khaled is shown walking with the help of a walker.

In 2013, he weighed 1,345 pounds when he was taken by medical helicopter to King Fahd Medical City in Riyadh, the capital of Saudia Arabia, for treatment at the request of the late King Abdullah.

Saudi civil defense members use a forklift to move Khaled Mohsen Shaeri from his house to be airlifted to the capital Riyadh for medical treatment, August 19, 2013. REUTERS

During that move, Khaled had to be transported by special crane ordered from the United States that required nearly 30 medical staff members and civil defense employees to assist.

Khaled is still on a health program to lose more weight.