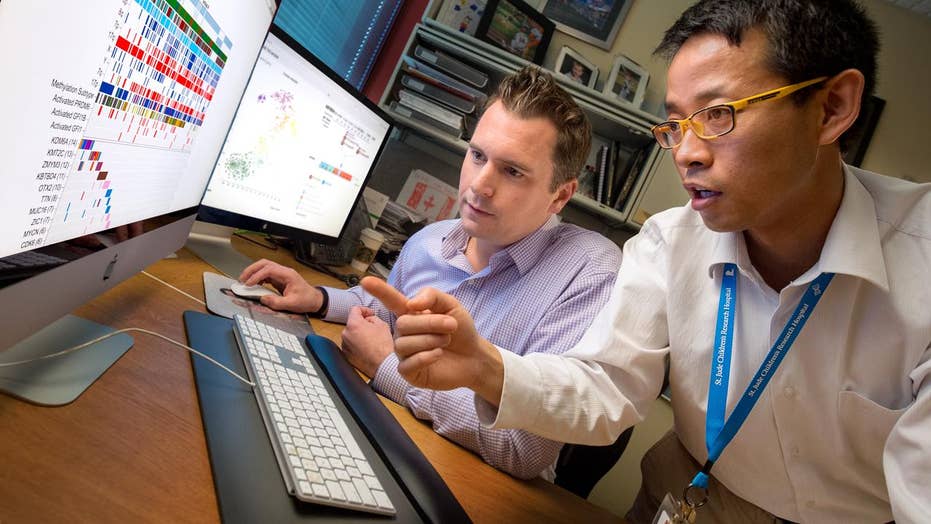 Why young scientists may hold the key to a cancer cure

Early- and mid-career scientists face tougher odds than their more-experienced colleagues, which can be discouraging for young creative minds looking for a chance to fight cancer. Meet Paul Northcott, a 40-year-old investigator from St. Jude Children's Research Hospital who knows firsthand how early grant money can impact innovative cancer research.

"The type of work we do is very competitive and there's a limited number of funding for young investigators,” Northcott, an assistant member in the Department of Developmental Neurobiology at St. Jude, told Fox News.

Early- and mid-career scientists face tougher odds than their more experienced colleagues, which can be discouraging for young, creative minds looking for a chance to fight cancer.

“If we don’t fund them, they will leave the field and do something else,“ John Zhang, the senior director of scientific review and grants administration for the American Association for Cancer Research (AACR), told Fox News. ”We need to ensure the continuous supply of great scientists to fight the war on cancer.”

Northcott’s research studies the molecular and genetic level of a type of childhood brain cancer called medulloblastoma, the most common malignant brain tumor in children, with five-year survival rates ranging from 30 to 80 percent.

Through his research, Northcott discovered molecular subgroups of medulloblastoma with distinct patient features, outcomes and mutational patterns. These findings changed the way the disease is studied, diagnosed and the way patients are treated, Northcott said.

"There are no clinical compounds or FDA-approved drugs so I think the biggest challenge over the next several years is to take that information that we've gleaned from the genomics era and actually translate that into better treatment options for patients,” he said.

The NextGen grant provides young investigators with $450,000 of initial funding for three years so they can embark on scientific experiments that will eventually, and hopefully, impact cancer treatment.

"In 2016, the World Health Organization (WHO) began to formally recognize and acknowledge molecular subgroups of medulloblastoma as an essential component to the diagnosis of the disease. So I have seen in real time our research impact patient care and change the way the disease is treated in a clinic,” Northcott said.

Grants for early investigators like Northcott may also help them obtain bigger funding opportunities through the National Institutes of Health (NIH).

"We're able to recruit, we're able to conduct studies that we wouldn't have been able to otherwise. This then helps us build the necessary foundation to go after NIH funding and getting that first RO1 through the NCI (National Cancer Institute)," Northcott said.

One of the toughest hurdles for young investigators is securing their first R01, the gold standard of grants that give scientists enough money and time to complete a project and publish results within four or five years. The budget for R01’s is unlimited.

According to the director of the NCI, Dr. Norman Sharpless, the NCI is directing their extramural funders to set aside additional funding to increase the total number of first R01's given to early-stage investigators by at least 25 percent in 2018.  By training more diverse groups of scientists, organizations like the NCI hope to spur new commitments to basic science that can drive novel approaches and technologies to cancer treatment.

Northcott says supporting the next generation of cancer scientists is crucial to ensuring a talented and creative research workforce for the decades ahead.

"Oftentimes it’s difficult to see how studying a single gene or a pathway or a biochemical mechanism might have a broader impact,” he said. “But I would encourage anyone involved and anyone starting out in this type of field to think about what is the goal of the research? How can this research change health care, or, in this case, cancer research?”