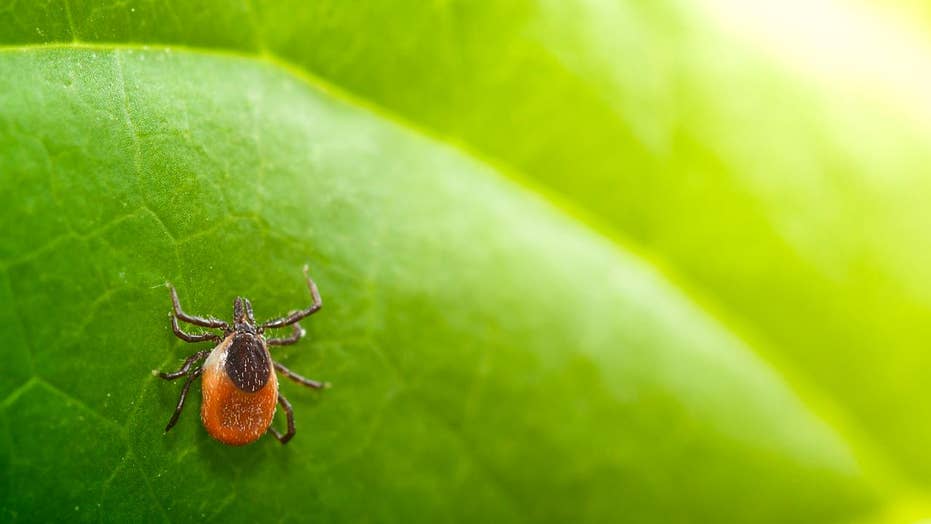 Ticks are known for spreading a variety of different ailments, such as Lyme disease, tularemia, babesiosis and more. One type of tick – the Lone Star – has even been said to carry an infectious organism that can result in an allergy to red meat.

Others can infect humans with an ailment known as Rocky Mountain spotted fever (RMSF) – a potentially fatal disease reported under a category called "Spotted Fever Rickettsiosis," or SFR.

More than 11 cases of SFR per million people were reported in the United States in 2014, according to data from the Centers for Disease Control and Prevention (CDC).

Incidence (per million population) for SFR in the United States for 2014. (CDC)

In July 2018, the Wisconsin Department of Health Services announced the first-ever documented death from RMSF in the state.

“We are saddened to learn of this death and encourage Wisconsin residents to take steps to protect themselves and their families from tick bites while enjoying the outdoors,” Karen McKeown, a state health officer, said in a statement after the department of health services announced the news.

In light of the RMSF death in Wisconsin, along with other reported cases of the disease this year, read on for a look at the tick-borne ailment.

How do you contract Rocky Mountain spotted fever?

A bacterial disease, RMSF is spread through the bite of an infected tick.

“Rocky Mountain spotted fever is one of several diseases caused by the spotted fever group rickettsia, which are a type of bacteria,” according to the CDC.

While RMSF has been reported across the country, it is most common in states such as North Carolina, Oklahoma, Arkansas, Tennessee and Missouri. The CDC reported that these states account for over half – 60 percent – of RMSF cases each year.

Certain species of tick are to blame for the disease as well.

The American dog tick in the Eastern, Central and Western part of the country, along with infected Rock Mountain wood ticks in Colorado, Wyoming, Idaho and other Rocky Mountain states can spread RMSF. The brown dog tick in the southwest, specifically along the U.S-Mexico border, can also spread the ailment.

What are the symptoms?

People who are infected with RMSF will likely develop a rash. (CDC)

Symptoms of RMSF can include fever, headache, nausea, vomiting, stomach pain and muscle pain, among other symptoms.

RMSF can also cause a nasty rash, which “usually develops 2-4 days after fever begins,” the CDC reported.

“The look of the rash can vary widely over the course of illness. Some rashes can look like red splotches and some look like pinpoint dots. While almost all patients with RMSF will develop a rash, it often does not appear early in illness, which can make RMSF difficult to diagnose,” the CDC continued.

The disease can lead to the loss of limbs. (CDC)

(That’s exactly why one Georgia boy who was bitten by a RMSF-infected tick in June was misdiagnosed at first, his mother said).

While most RSMF patients develop a rash, the CDC notes that a small percentage – roughly 10 percent – of people do not.

But to prevent serious complications, RMSF has to be treated quickly – specifically within the first 5 days symptoms appear. If not, the disease can be fatal. If can also lead to loss of limbs, the CDC warns.

"Some patients who recover from severe RMSF may be left with permanent damage, including amputation of arms, legs, fingers, or toes (from damage to blood vessels in these areas); hearing loss; paralysis; or mental disability,” according the health agency.

The good news: there's an antibiotic available to treat RMSF, known as Doxycycline.

How do I prevent the disease?

There is no vaccine to prevent RMSF, according to the CDC.

Rather, it’s best to check yourself thoroughly for critters after being outside, especially in summer months when tick season is at its height.

Areas on the body where the CDC suggests checking for ticks. (CDC)

In addition to checking clothing and showering after coming inside, the CDC suggests to check these areas specifically:

If you find a tick, there are also tips on how to remove it.

EDITOR'S NOTE: An earlier version of this article incorrectly
stated the number of SFR cases reported in the U.S. in 2014.