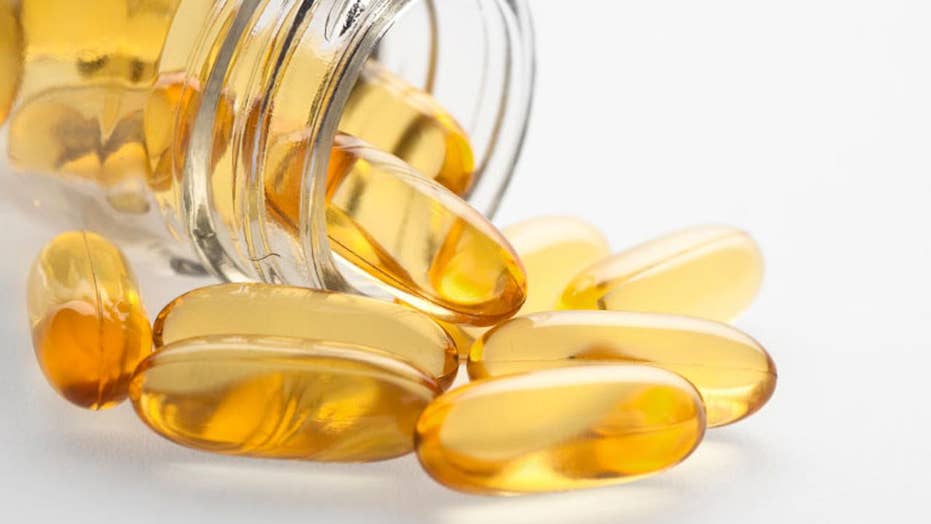 For Your Health: Do fish oil supplements work?

Some sports and weight-loss supplements still contain experimental stimulant drugs that were prohibited years ago by the U.S. Food and Drug Administration (FDA), according to a new study.

The study, published Oct. 22 in the journal JAMA Internal Medicine, analyzed 12 brands of sports and weight-loss supplements, looking for four potentially dangerous stimulant drugs that have popped up in recent years. The FDA has explicitly prohibited these drugs in supplements.

The new findings show that "what the FDA is doing to try to eliminate experimental stimulants from supplements is not working," said lead study author Dr. Pieter Cohen, a general internist at Cambridge Health Alliance in Somerville, Massachusetts.

The prohibited drugs in the study are similar to amphetamines and include DMAA, an ingredient that the FDA warned in 2013 could increase the risk of heart problems; DMBA, a stimulant that's very similar to DMAA; BMPEA, which is nearly identical in structure to the drug amphetamine; and oxilofrine, a stimulant that's banned in professional sports by the World Anti-Doping Agency.

Surprisingly, none of the supplements tested positive for DMBA in 2014; the stimulant showed up only after the FDA publicly stated that the drug was prohibited.

This was a finding Cohen said he "absolutely did not expect." And though the current study can't prove that the FDA statement had anything to do with DMBA showing up in supplements, it "raises a host of concerning questions," including whether the FDA notices have the unintended effect of advertising the stimulant to supplement makers, Cohen said. More research will be needed to examine this question.

The stimulants in question pose health concerns because they stimulate the cardiovascular system, increasing heart rate and blood pressure. This may raise the risk of cardiovascular problems; for example, the FDA warns that, for some people, DMAA use could lead to shortness of breath, tightening of the chest and heart attacks.

The new study provides more evidence that the way supplements are regulated "is insufficient to ensure the safety of dietary supplements," the researchers wrote. Eliminating stimulants in supplements would likely require changes to the laws that regulate supplements. But until those changes happen, the FDA should use all of its enforcement tools — including facility inspections, warning letters and recalls — to get the supplement with stimulants off the market, Cohen said.

But with some 90,000 supplements on the market "it is hard to imagine how, without many more resources, the FDA could regulate such a large and amorphous entity as the dietary supplement industry," Dr. Michael Incze and Mitchell Katz, both editors at JAMA Internal Medicine, wrote in an editorial accompanying the study.

"Thus, as in the era of the original snake oil salesmen, the rule remains, 'buyer beware," the editorial authors said. "Given the existing safety concerns, high costs, and lack of benefit for most people, health care professionals should routinely ask about supplement use and encourage discontinued use when there is no evidence-based indication."