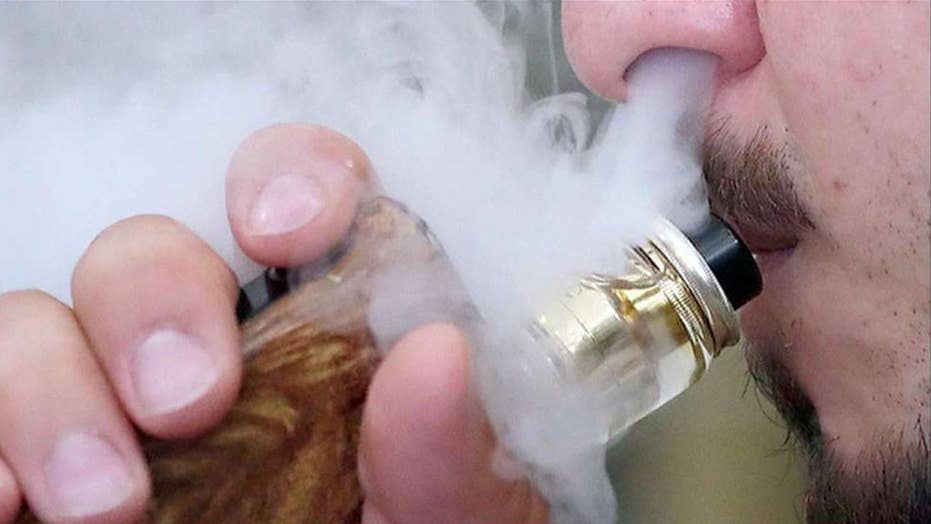 Washington state officials this week banned vape products that contain vitamin E acetate, a compound derived from the vitamin that federal health officials recently said is possibly behind some of the more than 2,000 vaping-linked lung illness cases reported across the country.

The Washington State Liquor and Cannabis Board on Monday announced the ban of the sale and distribution of the products. It takes effect on Wednesday, Nov. 20.

State Liquor and Cannabis Board spokesman Brian Smith told The Seattle Times that officials do not think vitamin E acetate-containing products are being sold in stores in the state, which legalized medical marijuana in 1998 and recreational marijuana in 2012, but noted the ban will stay in effect for 120 days as a precaution.

Cannabis processors in Washington are required to disclose all ingredients used in their products “including but not limited to ingredients, solvents, additives, preservatives, thickening agents, terpenes and other substances used to produce or added to marijuana concentrates for inhalation or marijuana-infused extracts for inhalation at any point during production and processing, regardless of source and origin,” according to the The Washington State Liquor and Cannabis Board’s announcement. Processors have until Dec. 1 to submit disclosure forms, though Smith said to date no processors have reported using vitamin E acetate in their products.

The ban comes after the Centers for Disease Control and Prevention (CDC) recently said the chemical compound was found in lung fluid from 29 patients tested in a government lab.

The compound had been named a suspect by several local health agencies investigating illnesses and deaths in their own state. But for the first time last week, it was named by the federal agency. Vitamin E acetate is typically used as a nutritional supplement; the compound, often in oil form, is derived from vitamin E.

Health officials have discovered through their investigation that the compound is also being used in THC-containing vape products, which have also been linked to the outbreak of illnesses. Though vitamin E acetate is not known to cause harm when it’s ingested or applied to the skin, the same may not be true in connection to lung illnesses.

Since April, there have been 15 confirmed cases of vaping-associated lung illnesses in Washington, according to The Seattle Times. As of Nov. 13, the CDC said it has received 2,172 reports of illnesses from all states but Alaska. At least 42 deaths have been reported.