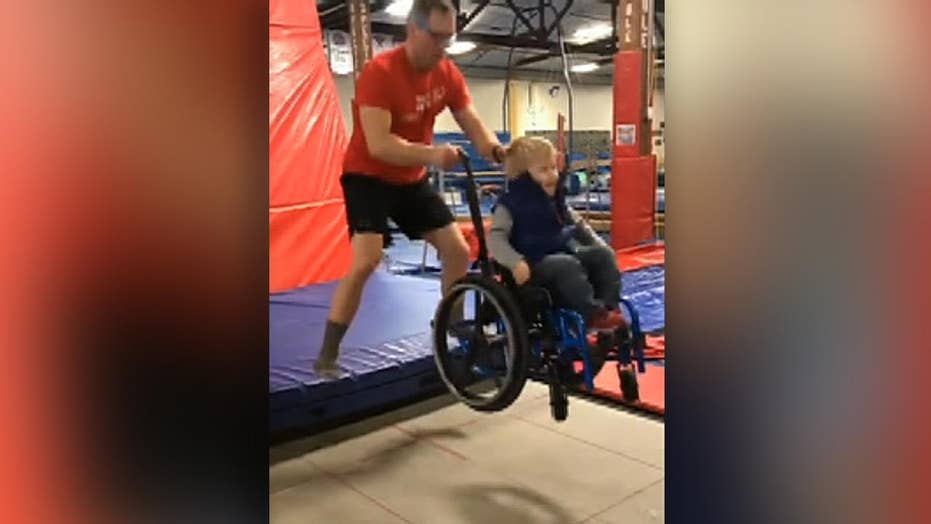 A video of a young boy in a wheelchair bouncing on a trampoline has gone viral.

Wyatt, who is 4 and has spina bifida, was at TNT Kids Fitness in Fargo, North Dakota, as KVRR reported.

The inspiring moment took place during the gym's Giving Hearts Day, a 24-hour charitable event in Minnesota and North Dakota in which donations are allocated to local charities.

The smile on Wyatt's face is infectious as he tells the employee bouncing with him to go faster. His mother, Allison, was surprised at her son's adaptability.

“I didn’t even think it was possible that a wheelchair could jump on a trampoline. Yeah, it’s really cool,” she said.

She added that Wyatt has been going to the fitness center once a week for the last two years, and that it's a special place for her whole family.

“Every day we get to see these amazing men and women work with kids with special needs, and really, they're able to tap into potential that parents didn’t even know they had,” she said.

The TNT center opened in 2009 and began with a clientele of about 100 children, and a decade later, serves more than 2,000 children per week.