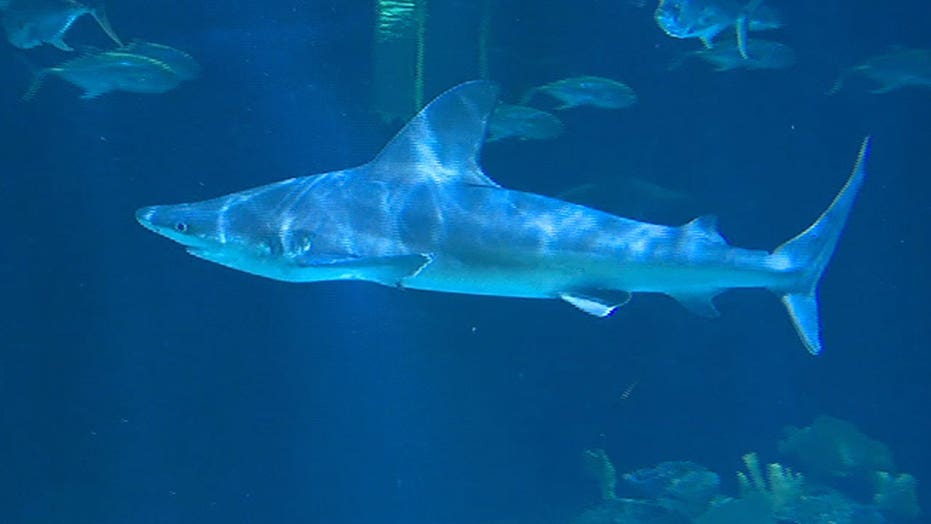 America’s veterans are being treated with more than psychotherapy to manage mental health problems after combat. Complementary and alternative medicine (CAM) therapies can include acupuncture, meditation and yoga— but what about diving with sharks?

CAM therapies were used more commonly than conventional therapies to treat self-defined anxiety attacks and severe depression, according to a nationally representative survey by the U.S Department of Veterans Affairs.

“The major benefits are more on the emotional realm,” Louis McGranaghan, chief physical therapist  for JBLM’s Warrior Transition Battalion, told Fox News. “There’s certainly a thrilling adrenaline rush because you’re eye to eye with these creatures; [it’s] an emotionally driven experience, so one aspect is for each soldier to manage those emotions in an appropriate way.”

Stress management and anxiety control also play a part in the experience, McGranaghan said. By using a scuba regulator to breathe under water, soldiers have to use diaphragmatic breathing, or deep breathing, to reduce stress and anxiety. Research has shown that deep abdominal breathing can slow the heartbeat and lower or stabilize blood pressure.

McGranaghan’s program, Operation Shark Dive, is offered to eight soldiers a month and is financed through grants.

After an initial briefing on safety and protocol, the soldiers spend about 50 minutes in an open cage underwater with about 16 sharks in the Point Defiance Zoo & Aquarium’s  225,000-gallon warm water shark exhibit.

“It was great. I need to bring my family here,” one JBLM soldier, who was not named, told Q13 Fox.

Although studies have not been able to confirm the exact health benefits of shark diving, giving soldiers an alternative—and somewhat dangerous—therapy option could be helpful in the long-term healing process, experts say.

“The programs we offer are really cool and some have some inherit risk, but life is about risk,” McGranaghan said. “We could put the guys in bubble wrap and sit them on the couch and they would get through this program without a hitch but that doesn’t help them with their healing that would only institutionalize them. Getting them to understand the types of risks that are out there so they can manage it is really the big picture.”