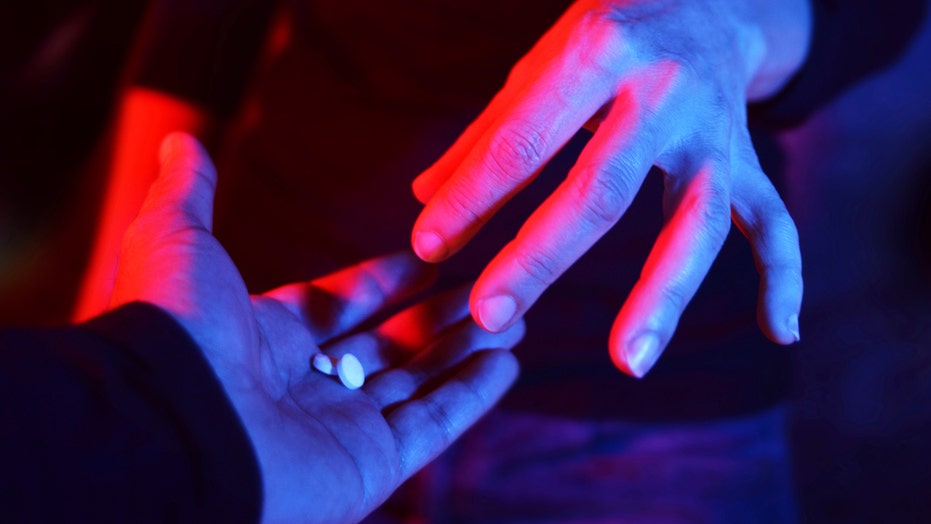 Can a party drug treat PTSD?

The triggers for post-traumatic stress disorder (PTSD) can appear in unexpected places. For James, 24, who asked that we withhold his last name for his family's privacy, fireworks make him visualize grizzly images of mangled bodies. James served as a combat medic in Afghanistan from March 2011-2012 with the 710th Combat Support Battalion, 3rd Brigade Combat Team, 10th Mountain Division.

James said that during his deployment he had to sever the connection between his heart and head in order to be able to process images of soldiers’ and children’s bodies blown mangled by explosions.

“When I came back, I couldn’t reestablish that connection,” James told FoxNews.com. He described himself as “emotionally numb.” He knew that he loved his wife and his parents but he couldn’t feel it anymore. He became unpredictable and was unable to control his emotions.

“My wife said she was walking on eggshells. Any word that would come out of her mouth would set me off,” he said, adding, “the anger didn’t build up. It was like a switch from calm to -- forgive my language -- f-----g rage.”

James and his wife thought caring for a pet dog would help him adjust to life as a civilian, but in fits of rage and anger he would choke and kick the dog. Instead of the dog serving as a therapy pet, it shined a light on an inevitable truth; James needed extensive help to overcome his severe PTSD.

James tried both traditional and non-traditional forms of therapy offered by the U.S. Department of Veterans Affairs (VA). He tried medications, psychotherapy and an intensive form of group therapy that lasted for seven hours per day, five days per week for three months. He also tried hypnosis, electrotherapy and prolonged exposure therapy but nothing alleviated his symptoms. It wasn’t until he moved to Colorado for school did he learn about an experimental study using MDMA, commonly known as Ecstasy or Molly, as a psychotherapy tool.

The well-known club drug had been used in psychotherapy before it was deemed a Class 1 drug in 1985. Class 1 drugs are illegal because they have high abuse potential, no medical use and severe safety concerns. Also listed as Class 1 drugs are Heroin, cocaine and marijuana.

Some of the effects MDMA can have on a person include euphoria and a feeling of overwhelming love. Dr. Elizabeth Drew, a board-certified family physician who specializes in addiction medicine and is the medical director of Summit Behavior Health, told FoxNews.com that if a trained therapist can harness these emotions correctly, they can help the patient navigate through the trauma that causes their PTSD.

“Working with a therapist that they feel close to and feels that they have concern about them, you can disconnect that fear and trauma from the actual event and you can process it and it looks like people are cured,” she said.

James compared MDMA to a light in a dark cave when fighting PTSD.

“It gives you euphoria and love. You can go into the darkness and not be afraid,” he said, referring to addressing the trauma of war. James said that the drug made it possible for him to confront the demons that were in the recesses of his brain. His relationships with his family and their dog evolved and improved.

However, MDMA is a controversial approach in treating PTSD, as it does have the potential to be deadly. In February, a Los Angeles County coroner determined that an Ecstasy overdose caused the death of an 18-year-old UCLA student at a rave. The teen, identified as Tracy Nguyen by the Los Angeles Times, isn’t the first overdose victim and likely won’t be the last.

“The way they are used in clubs is not safe,” Lewis Nelson, a toxicology specialist at NYU Langone, told FoxNews.com. He said that the dangers posed from MDMA are twofold; one is the harm caused from chronic use of the drug, and the other is the immediate threats to your health.

If used chronically, Nelson said that studies have shown that it can lead to neurotoxicity in animals. The National Institute on Drug Abuse said that studies on monkeys show that long-term use of Ecstasy can alter brain chemistry, specifically serotonin levels and its metabolites are diminished.

The immediate danger of MDMA, according to Dr. Nelson, is that the sudden increase of serotonin levels can raise the body temperature and cause muscle rigidity. When people use the drug in a club setting, they can overheat and potentially die from hyperthermia.

But what about taking it on the couch of a medical professional? Nelson said the health risks are low, but there should be trials to see if the benefits of the drug outweigh the risks.

James said that he wants to help take the stigma out of the drug so that is can be explored as a useful psychotherapy tool. If officials are able to find that MDMA does have health benefits, it could become a Class 2 drug like methadone and Percocet.