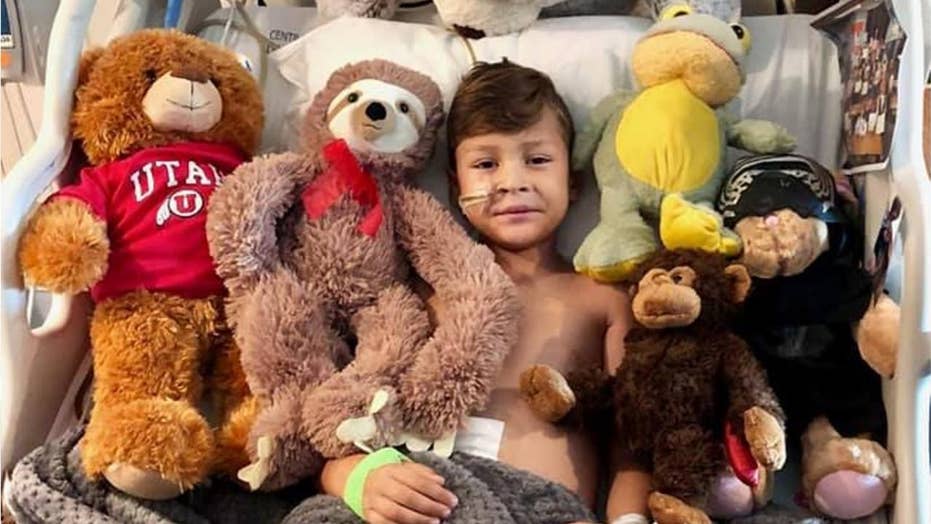 Boy swallows magnets after hiding fidget cube in his mouth

A six-year-old boy in Utah is recovering after swallowing 14 magnets after hiding a fidget cube in his mouth.

A Utah boy is recovering from his third surgery after he accidentally swallowed 14 magnets while hiding a fidget toy from his older brother in his mouth. Mikah Arvidson, 6, was playing with his older brother’s toy on Halloween when the incident occurred, but he didn’t think it was a big deal, the Deseret News reported.

His parents, Blake and Aubrey, thought it was odd that their son didn’t want to go trick-or-treating, but figured he had caught a stomach bug. But over the next 24 hours, his symptoms progressed to nausea, vomiting and increasing pain in his stomach.

On Nov. 3, doctors at Primary Children’s Hospital ran bloodwork and ordered an X-ray, which revealed 14 magnets clumped together in the boy’s intestines. He was immediately rushed in for emergency surgery, where doctors removed the magnets and his appendix, according to the family’s GoFundMe page.

“For the next 7 days Mikah was under the watchful eyes of doctors at Primary Children’s Medical Center,” according to the GoFundMe page. “They couldn’t understand why his fevers would not break and his intestines would not ‘wake up.’ Unfortunately, his bowels were still leaking bile which eventually led to a second life-saving surgery.”

On Tuesday, Mikah underwent his third procedure to clean out an infection and drain fluids. According to Aubrey Arvidson’s Facebook post, doctors are using an open would approach to continue draining any sign of infection.

Earlier this week, Mikah had a warning for other kids about the danger of playing with magnetic toys.

“I want you guys to be safe,” he said, through the Deseret News. “If you swallow some magnets, you might feel bad and come here or come somewhere else. But if you come here, you’ll be here for a long time.”

According to the outlet, the toy was purchased for Mikah’s older brother, who has ADHD. The toys hit the market and were advertised as tools to help ease symptoms of ADHD, anxiety and for those with autism or sensory sensitivity.

Fidget toys have been the subject of media and consumer watchdog scrutiny before. The toys come in various shapes and sizes, and have been deemed potential choking hazards for young children. Many schools issued bans on the toys, and Germany destroyed 38 tons of the toys over safety concerns.