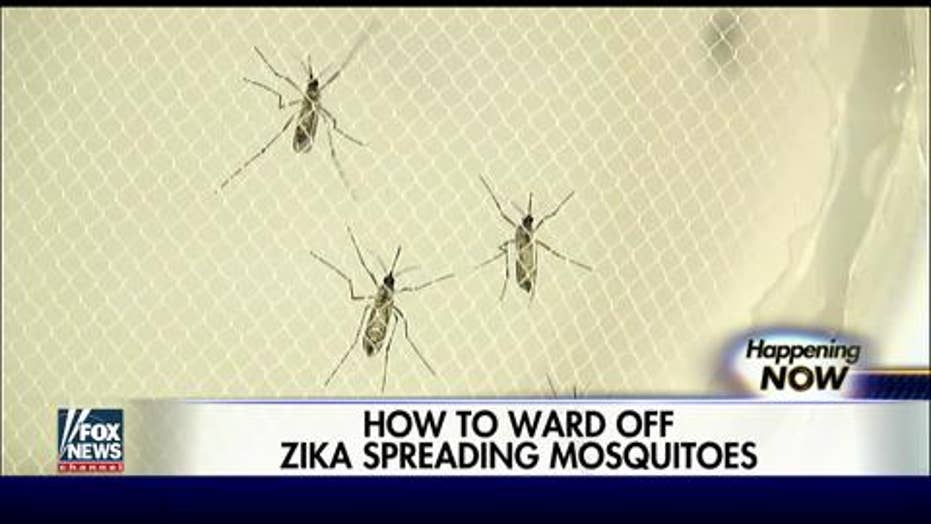 Mosquito blamed for spreading Zika virus found in US

In the middle of winter, Matt Brill is getting an unprecedented number of calls.

“Mosquitoes are active when the temperature is 50 degrees or greater. So, right now we typically wouldn’t be getting calls,” said Brill, co-founder of Mr. Mister Mosquito Control in Atlanta. “But because of the Zika virus, and the awareness about Zika, people are scared.”

International health officials suspect a link between a major Zika outbreak in Brazil and increased reports of a serious birth defect in babies born to infected mothers there. The condition, called microcephaly, is characterized by babies with abnormally small heads, and often brains that have not developed properly.

“The bottom line for people around the U.S. is, if you’re pregnant don’t go to a place that has a Zika outbreak,” said Dr. Tom Frieden, director of the Centers for Disease Control and Prevention (CDC). “That’s important until we learn more.”

On its website, the CDC currently lists more than two dozen countries and territories with active Zika virus transmission.

Aedes aegypti, the species of mosquito blamed for transmitting the virus from person to person, can also be found in some southern U.S. states. However, there are currently no reports of people acquiring the virus from mosquitoes in the continental U.S..

Most U.S. cases involve travelers who acquired the virus while abroad. However on Tuesday, Dallas County Health and Human Services (DCHHS) in Texas announced that it had received confirmation of a local patient who had become infected with the virus after having sex with a traveler returning from Venezuela, a country with Zika activity.

Although the Texas case demonstrates that it’s possible to spread Zika through sexual activity, public health officials say the virus is primarily transmitted to humans through the bite of a mosquito that has acquired the virus while biting another infected person. For most people infected with Zika, symptoms are mild and the virus clears from their blood in about a week.

“It’s one of the things that makes it harder for Zika to spread in places that aren’t very crowded and don’t have large numbers of the particular mosquito species,” Frieden said. “It doesn’t mean it can’t happen. But it means it’s unlikely to see a large outbreak.”

Brill, the mosquito control expert, says U.S. residents also gain protection from simple cultural practices that are less common in many other parts of the Americas — including the Caribbean, where he first started his business.

In addition to spray treatments, Brill advises his U.S. clients to walk around their homes after rain storms and remove any standing water that has accumulated in outdoor toys, storage bins or clogged drains and gutters. He said mosquitoes can breed in stagnant water inside something as small as a bottle cap.

The project involves the release of genetically-modified male Aedes aegypti mosquitoes, which breed with wild females of the same species to produce offspring that don’t survive to maturity. The company reports an 82 percent reduction in Aedes aegypti mosquito larvae in the test area over a nine month period.

“There are some new technologies for controlling mosquitoes that might work out,” CDC Director Frieden said. “And what we’ve got to do is accelerate testing them out to see if they work. We also have to use the tools we have today to protect people as well as we can today, because it’s likely that we’re going to see more countries affected by Zika and more travelers coming back to the U.S. with Zika.”