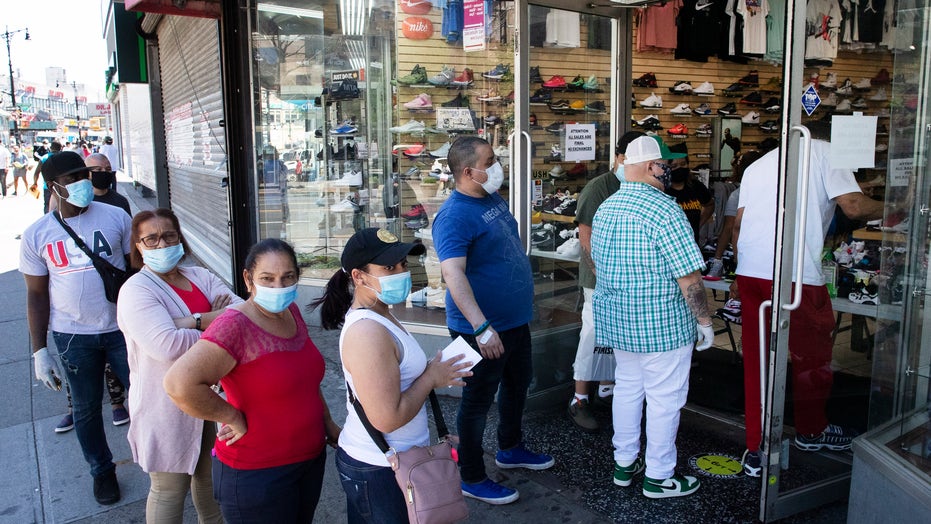 The number of coronavirus deaths in the U.S. could double over the next few months, reaching 200,000 by September, according to a report.

The news came as total confirmed cases of the virus in the U.S. passed the 2 million mark and deaths neared 113,000 in the U.S. Wednesday -- with infections spiking in parts of the country while numbers dropped in Europe.

Fatalities from the virus would nearly double in the U.S. by the fall unless action was taken to limit its spread, Ashish Jha, head of Harvard's Global Health Institute said.

“Even if we don’t have increasing cases, even if we keep things flat, it’s reasonable to expect that we’re going to hit 200,000 deaths sometime during the month of September,” Jha told CNN on Wednesday, according to Reuters. “And that’s just through September. The pandemic won’t be over in September.”

The current U.S. death toll is already the highest of any country. But large numbers of new fatalities were not "something we have to be fated with," Jha said.

Jha said the high death toll was related to how the U.S. was the only major country that reopened without getting its infection level to a controlled level, which is people testing positive at a rate of 5 percent or lower for at least 14 days, Reuters reported.

Meanwhile, she added that the spike in cases is causing her and other experts to worry about how authorities in the U.S. are getting rid of virus restrictions too early.

New Mexico, Utah, and Arizona each saw its number of coronavirus cases increase by 40 percent last week, according to Reuters.

The high case load could be related to an increase in businesses and states reopening, as well as nationwide protests following the death of George Floyd, which has seen people in crowded places within close distances, according to Reuters.

It could also be attributed to more testing, which hit a daily record high of 545,690 tests last Friday, the news organization reported, citing data from covidtracking.com. The number of tests, however, has fallen since then.

As of Thursday morning, the novel coronavirus has infected more than 7.3 million people across 188 countries and territories, resulting in over 416,201 deaths, according to data from Johns Hopkins University.