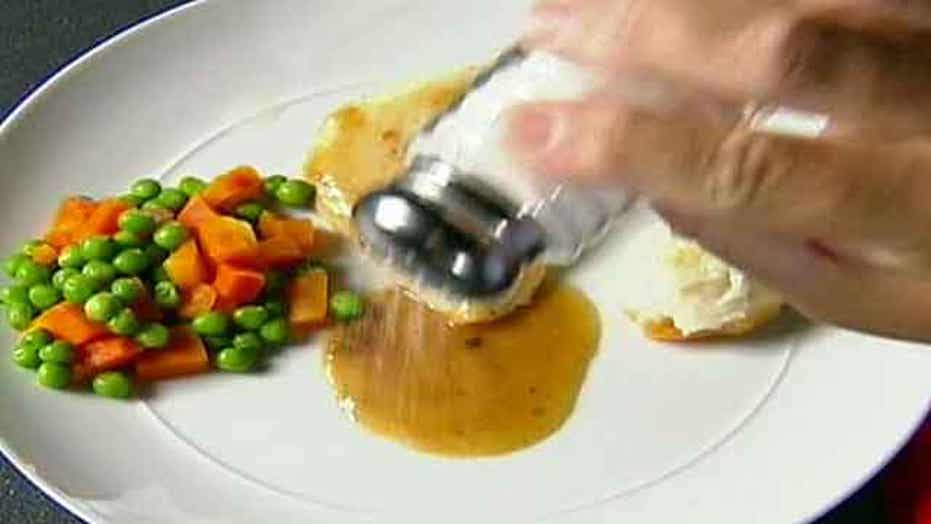 Study: Guidelines on daily salt consumption may be too low

Americans at high risk for heart problems who have been told for years to sharply cut salt from their diet may not actually benefit from ultra-low sodium diets and could even face some harm, an independent panel of health experts said on Tuesday.

The influential Institute of Medicine, in a report to U.S. health officials, reviewed the latest data on the link between salt intake and health.

While blacks, diabetics and others more likely to have heart problems are urged to slash their salt intake, the IOM review showed there was limited evidence such a diet helped, and that too little salt might increase the risk of heart trouble.

"The evidence on both the benefit and harm is not strong enough to indicate that these subgroups should be treated differently from the general U.S. population," the panel wrote.

That suggests higher-risk populations may not need such a drastic reduction of salt in their diets and that other steps to curb heart disease risk may be needed.

Americans are still consuming far too much salt, the IOM experts said. On average, U.S. adults eat about 1.5 teaspoons of salt over the course of the day, or about 3,400 milligrams.

But the latest data calls into question whether individuals with higher risk factors for heart disease or stroke should limit their daily intake to 1,500 milligrams, as the government recommends.

Brian Strom, the panel's chairman and a public health professor at the University of Pennsylvania, said the newest studies back the known benefits of "reducing sodium from very high intake levels to moderate levels."

"But they also suggest that lowering sodium intake too much may actually increase a person's risk of some health problems," he said, including heart ailments.

Still, the studies are limited and in some cases flawed, so more research is needed, the IOM panel told the Centers for Disease Control and Prevention, which requested the report.

Health advocates including the American Heart Association were quick to dismiss the findings, saying the recent studies reviewed by IOM focused on sick patients and not the majority of Americans, most of whom eat too much salt.

"The bottom line for consumers is still: cut back on sodium," said the Center for Science in the Public Interest's (CSPI) Bonnie Liebman.

The problem is not just food loaded with salt. It's also that Americans eat a lot of food that contains lower amounts of salt, such as bread and pasta, without realizing their sodium content.

Health officials have called for Americans to take various steps to cut back, such as asking for no-salt dishes in restaurants and eating more naturally low-salt foods like fruits and vegetables.

Health advocates said the IOM's review was beside the point given the high levels of sodium that still plague U.S. foods. It's almost impossible to ingest just 1,500 milligrams a day, said Liebman, director of nutrition for CSPI.

"Virtually any meal at any restaurant would give you at least half-a-day's worth of sodium, maybe a whole day's worth, maybe more," Liebman said. "You'd have to make everything from scratch. ... It's pretty tough."

Consumer groups and some lawmakers have for years called on the U.S. Food and Drug Administration to set federal salt levels for food, a recommendation that the IOM backed in 2010.

In New York City, health officials have been working with restaurants and food companies to voluntarily remove salt from everyday foods.

A trio of studies published on Monday found that smaller restaurants still load their food with salt even as national chains and food manufacturers have cut back.

The FDA, in a statement, said it was reviewing the IOM's report, calling it consistent with its "efforts to work toward achievable and reasonable voluntary reductions in the sodium content of the U.S. food supply."

IOM was not asked to review current federal salt intake guidelines, which were issued in 2010. U.S. health officials are expected to revise the guidelines on salt and other nutrients in 2015.