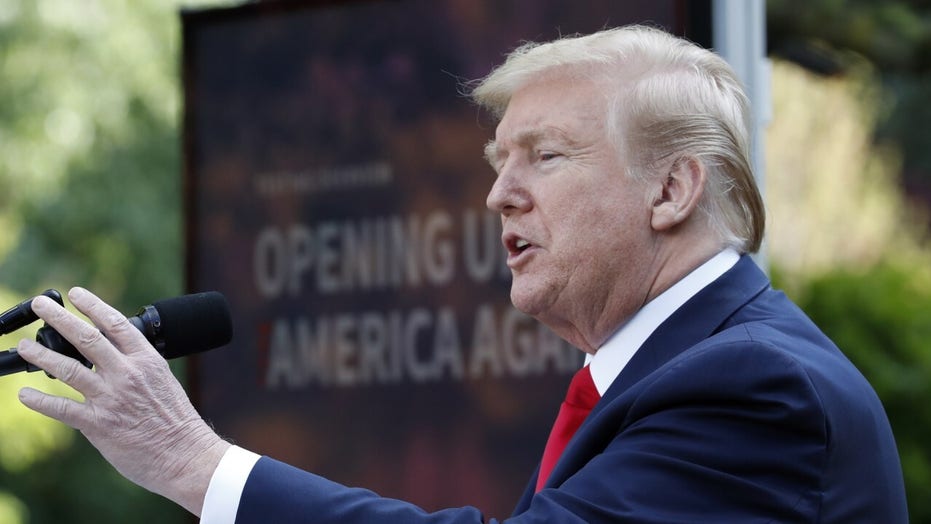 Insight from Adm. Brett Giroir, assistant secretary for health at the Department of Health and Human Services.

The head of the emergency department at a Manhattan hospital committed suicide after spending days on the front lines of the coronavirus battle, her family said Monday.

“She tried to do her job, and it killed her,’’ Dr. Philip Breen told the New York Times of his physician daughter, Dr. Lorna Breen, who had been medical director of the NewYork-Presbyterian Allen Hospital amid the pandemic.

The battle-weary ER doctor, 49, was only the latest city healthcare worker to take her own life.

Tragic rookie paramedic John Mondello, 23, worked out of EMS Station 18 in The Bronx, which handles one of the biggest 911 call volumes in the city.

Lorna died Sunday in Charlottesville, Va., where she’d been staying with her family, the father told the Times.

Philip Breen said his daughter had gotten sick with the virus while on the job at one point, but then returned to work after about a week and a half of recuperating. Still, the hospital sent her home again, and her family brought her to Virginia.

She had no history of mental illness, he said. But when they last spoke, she told him how excruciating it was to have to continually watch contagion patients die, including some even before they could be taken from the ambulance.

“She was truly in the trenches on the front line,’’ Philip Breen told the Times.

“Make sure she’s praised as a hero,’’ he added. “She’s a casualty just as much as anyone else who has died.’’

Reached later by The Post, Philip Breen, his voice cracking, said he was too distraught to talk further.

Mental-health professionals told The Post that PTSD from the pandemic is becoming a very real crisis.

Nurses hold a demonstration outside Jacobi Medical Center to protest a new policy by the hospital requiring a doctor's note for paid sick leave, April 17 in the Bronx borough of New York. The head of the emergency department at a Manhattan hospital committed suicide after spending days on the front lines of the coronavirus battle, her family said Monday. (AP Photo/Mary Altaffer)

“The group that is most at risk are the front-line health care workers,’’ as well as the people who lost loved ones, said Stanford University Professor Debra Kaysen, head of the school’s International Society for Traumatic Stress Studies.

An ICU doctor who works in the city said Monday that the onslaught of virus patients can be almost too much to handle for anyone at times.

CUOMO REMAINS RESISTANT TO REOPENING NEW YORK, SAYS CORONAVIRUS RESTRICTIONS WILL BE EXTENDED IN SOME PARTS

For a while, “it felt like we were standing under a waterfall and couldn’t get a breath for air,’’ she said. “Now it feels busy but not in a way that’s suffocating.

“I was in a really low place. But I feel hopeful that I’m starting to come out of it, finally.”

Still, “It’s just very depressing because people in the ICU aren’t really coming out of it, and I don’t think my patients are going to live,’’ the doctor added.

She admitted that she has mixed feelings about the people who clap outside her hospital and others to honor healthcare workers during the pandemic.

“The clappers make me cry whenever I hear them,’’ she said. “But also it’s weird — because none of us feel like heroes because we feel so defeated by this disease.”