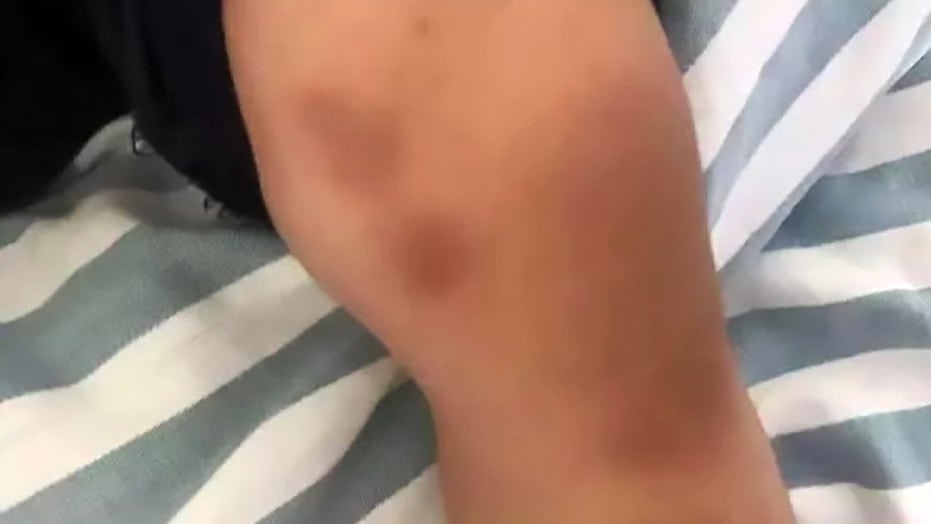 Doctors discovered that two toddlers in China with unexplained bruising on their limbs were actually suffering from a parasite infection typically caused by consuming undercooked pork.

The 3-year-old boy and his 1-year-old sister, who reportedly first showed signs of skin discoloration in October, were treated at Shenzhen Third People’s Hospital in early November after the girl developed a cough, AisaWire reported.

“The child was admitted because of bruises which repeatedly appeared on her body and especially on all four limbs,” Wang Xianfeng, a pediatrician at the hospital who treated the siblings, told the news outlet. “It wasn’t immediately clear what her condition was, so the advice was for her to stay for further tests.”

The siblings developed bruising on their limbs and body. (AsiaWire)

Xianfeng noticed the bruising was similar to her brother’s, and the pair were given blood tests which showed high white cell counts.

“This clue, together with the discovery that the sister’s bruises were in fact nodules under her skin, led to us testing for parasites,” he told AsiaWire.

IS IT SAFE TO EAT ROADKILL?

That’s when doctors discovered the children were housing Taenia solium larvae in their bodies. The parasite, also called a pork tapeworm, is transmitted to humans through consuming raw or undercooked beef or pork.

Humans who consume undercooked or raw beef or pork are at risk of contracting the parasite. (AsiaWire)

“The larvae found in the children were living between their skin and flesh, causing nodules and bruising,” Xianfeng told AsiaWire, explaining that the larvae don’t always immediately grow into tapeworms, which can cause serious conditions in areas of the bodies.

Xianfeng told AsiaWire that he put the toddlers on an antiparasitic drug to flush out the larvae and that they are continuing to be monitored.