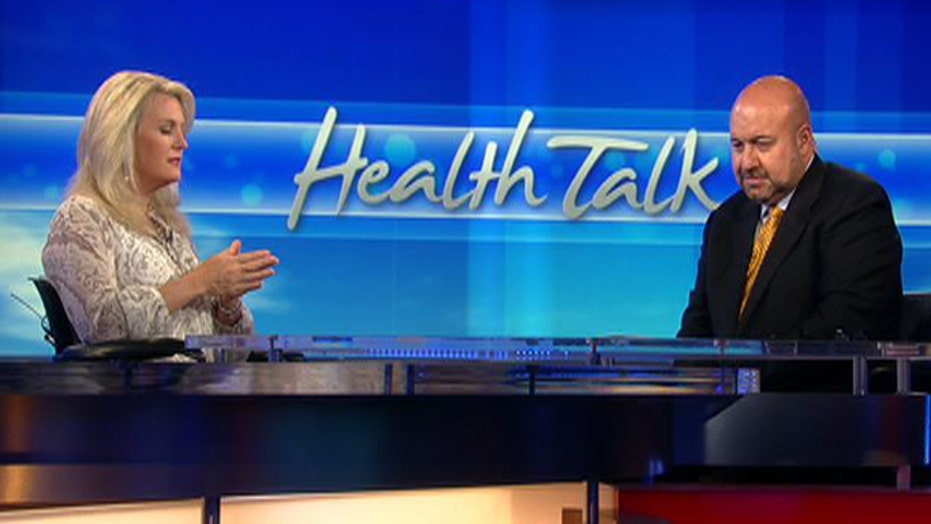 Meditation is considered one of the greatest stress relievers, but that’s not the only heath benefit. Dr. Manny learns to meditate from Sarah McLean, author of “Soul Centered: Transform Your Life With Eight Weeks of Meditation”

Meditation is considered one of the greatest stress relievers – something you can do at any time and any place.

Sarah McLean, the author of Soul Centered: Transform Your Life in 8 Weeks with Meditation, stopped by and spoke with FoxNews.com about the ancient art of meditation and the benefits you can derive from it.

“[People who meditate] for years have talked about how it makes them more focused, less stressed, calmer, loving life more,” McLean said.  “But what’s been happening lately, as our instruments of going into the brain have gotten more and more sophisticated, is we’re finding when people meditate, they’re actually changing the structure of the brain.”

All it takes is 25 minutes of regular meditation to see actual changes in the gray matter of the brain in areas that regulate emotion, according to McLean.

Meditation can also activate a “rest and digest” response in the brain whenever the body’s insulin and blood pressure shoot up during a fight-or-flight response.  It can also enhance immunity.

Because meditation can increase both emotional and physical sensitivity, McLean said it’s important to “take care of the integration period after a mediation practice.  You don’t want to come out too quickly.  It’s like jumping out of bed when the alarm goes off.”

According to McLean, it’s best to meditate in the morning or early in the evening, ideally on an empty stomach.  Attention, a focus for that attention and willingness are the three most important factors to start meditating, she said.

During meditation, focus on breathing.  Whenever a random thought passes, keep redirecting the attention back to your breath, Mclean directed.

“You’re training your brain not to be reactive to the external world or the ideas you have,” McLean said.