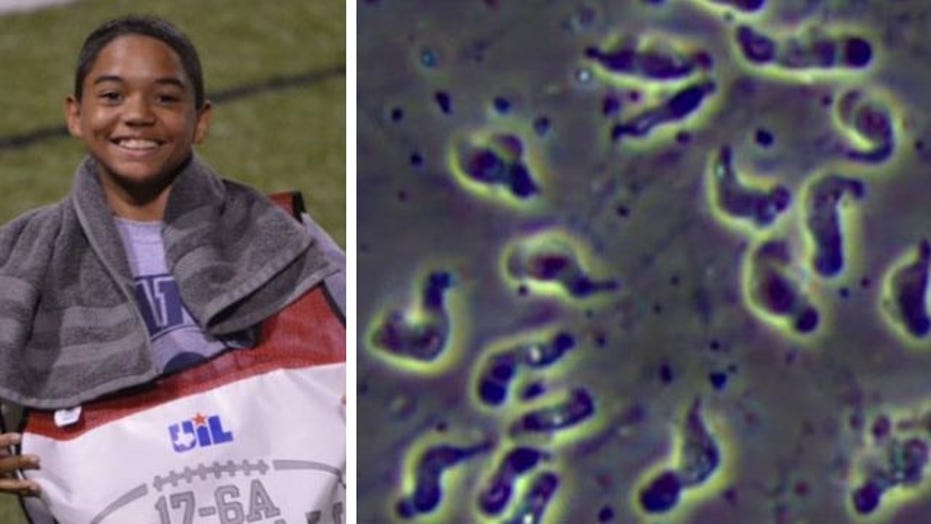 A Texas teenager who contracted a rare brain-eating disease after swimming in a lake about 70 miles (110 km) north of Houston has died, according to his family and local media.

The 14-year-old Michael Riley Jr., a junior Olympian and honor student, seemed to have contracted the disease after he went swimming on Aug. 13 with his track team, his father Mike Riley told KTRK earlier this week.

"It is with a heavy heart, that we let everyone know that Michael John Riley Jr. lost his battle on this earth but won a victory for his place in the arms of our Lord Jesus Christ," the family said in a statement on their Facebook page late on Saturday night.

A spokeswoman for Texas Children's Hospital, where Riley had been listed as a patient, declined to provide information when reached on Sunday, citing patient confidentiality.

The disease is caused by exposure to a single-celled organism known as Naegleria fowleri, often referred to as the brain-eating amoeba.

It is commonly found in warm freshwater such as lakes, rivers and hot springs, as well as soil. It usually infects people when contaminated water enters the body through the nose, according to the U.S. Centers for Disease Control and Prevention. Contracting the brain disease is rare, it said.

The organism is most commonly encountered in the southern United States during the summer, when temperatures are highest, the CDC said. Of 133 people known to have been infected with it in the United States since 1962, only three have survived, the CDC said.