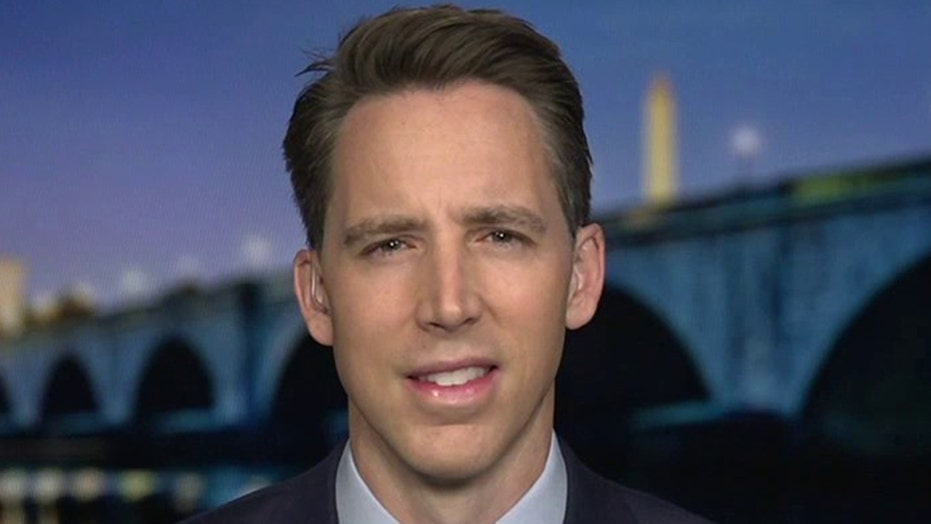 Sen. Hawley on fate of TikTok in the US, coronavirus relief debate on Capitol Hill

Republican Sen. Josh Hawley joins 'Fox &amp; Friends' to discuss protecting Americans' personal information and negotiations on the next round of COVID-19 relief.

Texas health officials are only reporting COVID-19 results from nasal swab, PCR tests, and leaving out tens of thousands of antibody and rapid antigen test results, according to a report.

Dr. David Persse, health authority for the Houston Health Department, told Fox 26 Houston that the numbers reported to the state only include PCR tests.

Nasal swabs/PCR tests work by first swabbing a person's nose and throat to gather sputum (mucus and saliva), and the sample is then sent to the lab for testing. A chemical buffer is mixed with a portion of the sample, opening the cells for extraction of the virus's genetic code, or RNA, which is then placed in an RT-PCR machine, which copies the genetic material and searches for coronavirus among it.

"The principal one is the PCR tests and that's the gold standard," Chris Van Deusen, spokesman for Texas Department of State Health Services, told the outlet.

A spokesman for the Texas Department of State Health Services said PCR tests are "the gold standard." (iStock)

According to Van Deusen, the reason why both antibody and rapid antigen tests are excluded is due to potential false negatives, Fox 26 Houston reported. Positive tests are considered a “probable” case, the outlet wrote.

"Both of those, if they're positive, lead to what is called a probable case. So it's not a laboratory-confirmed, but it's a probable case and it's just a different classification," Van Deusen said, adding that the state has received about "10,000 to 20,000 probable positives from local jurisdiction," the outlet wrote.

These positives were reportedly not factored into the more than 440,000 cases seen in Texas.

CAN YOU CONTRACT THE CORONAVIRUS FROM SECONDHAND SMOKE?

But Texas health officials don't appear to be concerned.

"In our community, that doesn’t make a huge difference. There’s not a lot of antigen testing that’s going on. There’s some and there will be more as time goes on but at this point, it’s still a very small percentage of the number of tests that are being done," Persse said.

"I think that the important thing to remember is that we're looking at the trends here. So we're seeing those cases track up, track down, over time and that's really informing our decision making," Van Deusen said.

Though officials say a “probable” COVID-19 case is not laboratory “confirmed,” those who test positive should take the necessary precautions, the outlet wrote.