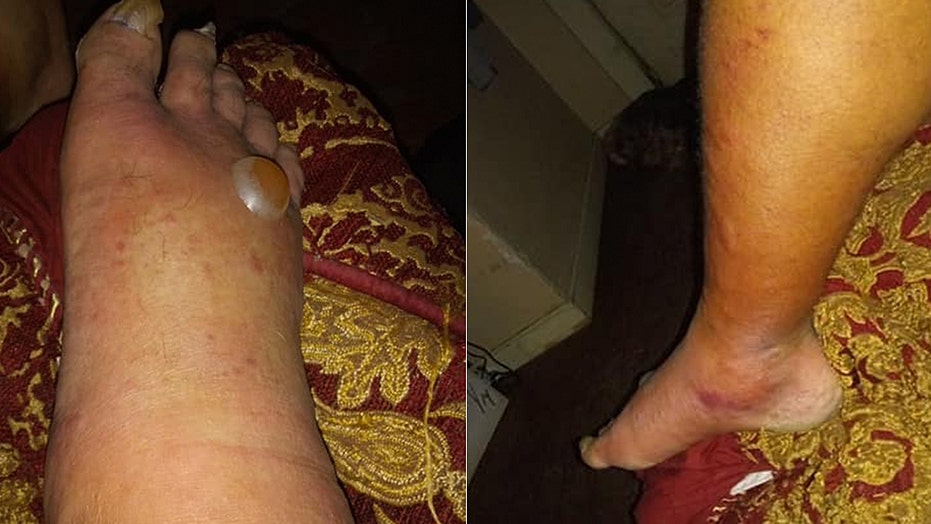 A Texas man said he knows “he’ll never be the same” after he contracted a potentially deadly bacterial infection from dipping his toes in the water. Adam Perez, who reportedly was homeless prior to the infection, said that so far he has required several surgeries and has lost most of the flesh on his right lower leg.

“I’m never going to be the same anymore,” Perez, of Corpus Christi, told MySanAntonio.com. “I know I’m not going to walk normal.”

Perez told the news outlet that while he didn’t have any open wounds while he was visiting Waters Edge Park, he did have a fungal infection on his right toe, which gave enough of an opening for the vibrio bacteria to enter his system.

“I’m never going to be the same anymore,” Perez, who told the news outlet he was homeless before his infection, said.  (Adam Perez)

Most patients contract vibriosis by eating raw or undercooked shellfish, but it can also cause a skin infection when an open wound is exposed to saltwater or brackish water. According to the CDC, those with compromised immune systems, especially chronic liver disease patients, are more likely to get vibriosis. The CDC estimates that approximately 80,000 cases of vibriosis occur each year, with severity ranging based on the bacteria strain.

The 42-year-old told MySanAntonio.com that he was given antibiotics for swelling a few days after the incident, but a giant blister formed on his foot, and he was rushed to the emergency room where he underwent his first of several surgeries.

“Really sucks being hospitalized,” Perez wrote on Facebook on June 8. “Caught infection with beach water in Corpus Christi. Had surgery yesterday and again today. Another one either Monday or Tuesday. More surgeries coming until healed.”

Post-surgery photos show Perez’s raw leg after several layers of the infection were cut away.