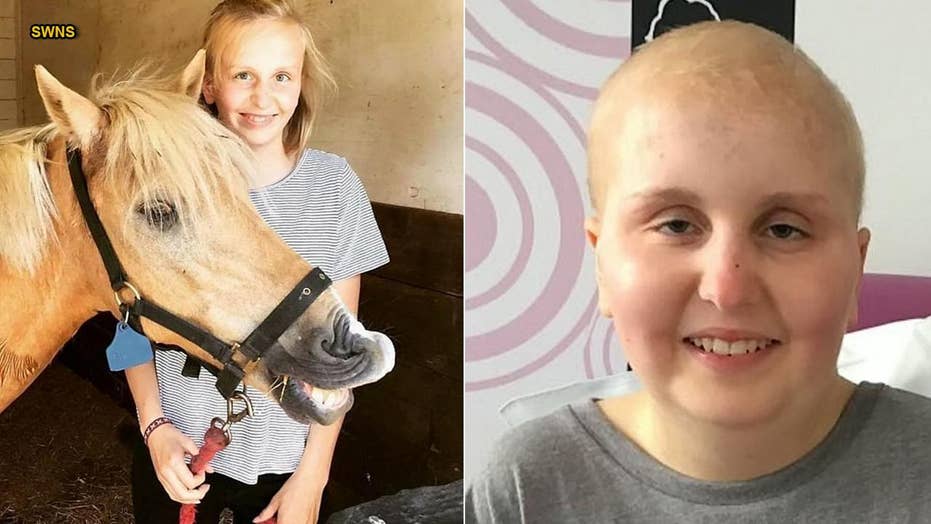 Jade Asbury, 19, complained of unexplained weight loss, vision issues and stopped menstrual cycles, and was diagnosed by doctors as having anorexia before an eye doctor's visit eventually diagnosed her with several brain tumors. An MRI revealed three germinoma brain tumors, including one that had been pressing on Asbury’s pituitary gland, and another that was pushing on her optic nerve. Jade says she has been cancer-free since 2017.

A U.K. teen who allegedly was diagnosed with anorexia after she went to her doctor numerous times for complaints of unexplained weight loss, vision issues and stopped menstrual cycles, was eventually diagnosed with several brain tumors following a trip to the eye doctor.

FORMULA SOLD AT WALMART RECALLED AFTER COMPLAINT ABOUT 'METAL' IN PRODUCT

“It was back in 2014, I started going to and from the doctors and stuff for different reasons,” Jade Asbury, 19, told SWNS. “I was really skinny and I didn’t eat a lot, I was constantly tired and in fact, I had actually stopped my periods.”

Asbury, left before being diagnosed, and right during treatment, said her doctors were quick to relate her symptoms to her sister's mental health issues. (SWNS)

She said her sister had struggled with mental health, and her doctors were quick to relate Asbury’s symptoms to her sibling’s. But before she started driving, she said she had trouble seeing road signs, which landed her an appointment with the eye doctor, according to SWNS.

“We went to the optician and had an eye test but they couldn’t get a reading for me so they sent me straight into Addenbrooke’s that afternoon for more tests. The opticians there sent me to neurology to get scans. I had an emergency MRI scan booked for three weeks’ time but within those three weeks I also had an emergency appendicitis.”

The MRI revealed three germinoma brain tumors, including one that had been pressing on Asbury’s pituitary gland, and another that was pushing on her optic nerve. A germinoma is a rare form of cancer that is most often found in children between 10 and 19 years old. The cancer originates in germ cells, which are sex cells that do not leave the brain when the fetus is in utero, according to Nicklaus Children’s Hospital.

In Asbury’s case, doctors recommended 25 rounds of radiation and she will reportedly be on medication for the rest of her life. She said she has been cancer-free since 2017 and has joined The Brain Tumor Charity as an ambassador to help others with a delayed diagnosis.