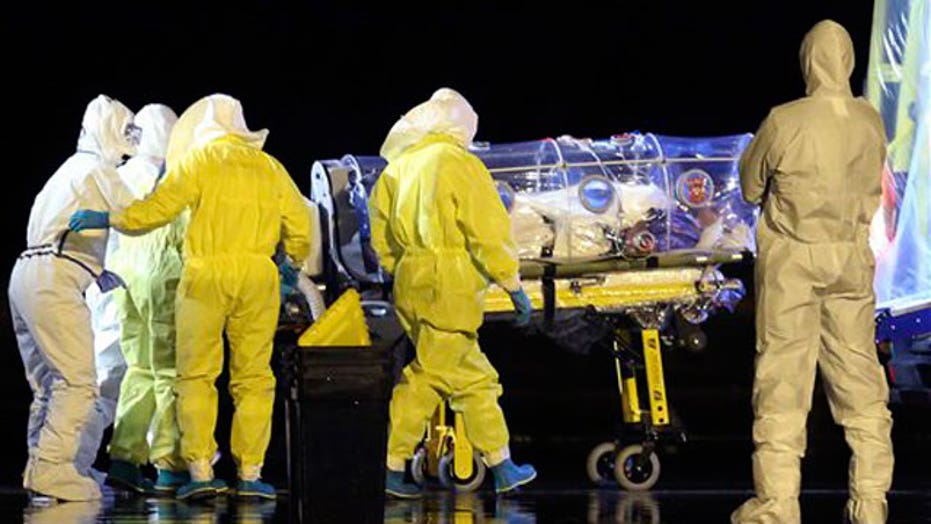 MADRID – In what is the first reported incident of Ebola transmission outside Africa, a Spanish nurse who treated a missionary for the disease at a Madrid hospital tested positive for the disease, Spain's health minister said Monday.

The female nurse was part of the medical team that treated a 69-year-old Spanish priest who died in a hospital last month after being flown back from Sierra Leone, where he was posted, Health Minister Ana Mato said.

The woman went to the Alcorcon hospital in the Madrid suburbs with a fever and was placed in isolation. Mato said the infection was confirmed by two tests and that the nurse was admitted to a hospital on Sunday.

The woman's only symptom was a fever, Antonio Alemany, Madrid director of primary health care, told a news conference. Alemany said authorities are drawing up a list of people the nurse had contact with.

The Spanish priest the nurse helped treat was Manuel Garcia Viejo, who died Sept. 25, becoming the second Spanish missionary to fall victim to the deadly virus. In August, a 75-year-old Spanish priest, Miguel Pajares, was flown back to Spain from Liberia, but died after being treated with the experimental Ebola medicine ZMapp.

World Health Organization officials couldn't immediately be reached after office hours to comment on the case.

The virus that causes Ebola spreads only through direct contact with the bodily fluids of an infected person who is showing symptoms.

In West Africa, the disease has spread quickly to family members who cared for the sick or handled their bodies after death.

The World Health Organization estimates has the latest Ebola outbreak has killed more than 3,400 people.