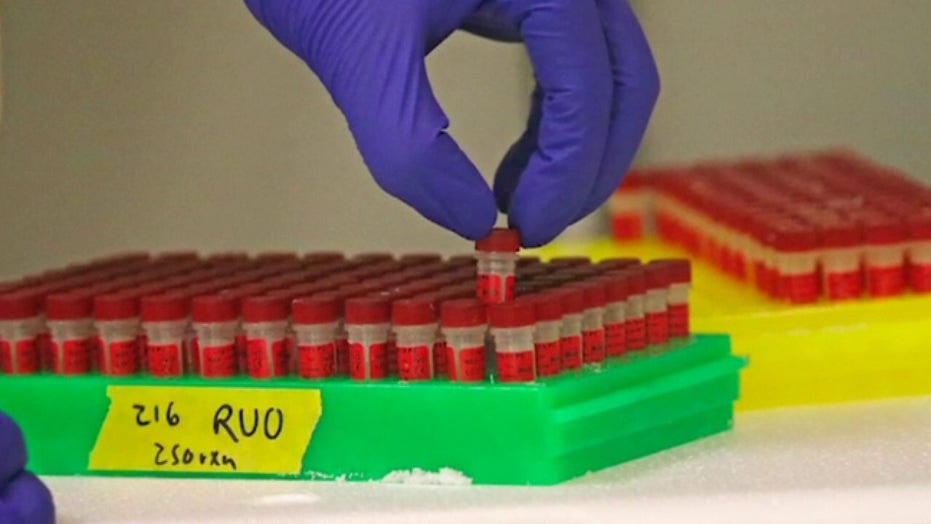 NEW DELHI – Get all the latest news on coronavirus and more delivered daily to your inbox. Sign up here.

With no approved drugs for the new coronavirus, some people are turning to alternative medicines, often with governments promoting them.

This is most evident in India and China, densely populated countries with a deep history and tradition of touting such treatments, and where there's sometimes limited access to conventional medicine.

In India, where a lockdown of its 1.3 billion residents is underway, the government faced criticism after claiming some treatments might help prevent infections. In China, where the pandemic began, officials made unsubstantiated claims that traditional medicine was key to fighting the virus. In Venezuela, where the health care system is severely crimped, President Nicolas Maduro pitched drinking an herbal tea.

Herbal medicine is common in India and China. (iStock)

The World Health Organization had advised against taking “traditional herbal remedies” on its website. It later acknowledged that some were turning to alternative medicine “to alleviate some of the milder symptoms of COVID-19,” WHO spokesperson Tarik Jasarevic said.

Dr. Mike Ryan, WHO's emergencies chief, welcomed rigorous studies of alternative treatments “like we would of any drug.” He said numerous studies are underway in China, many testing traditional therapies.

“It’s up to the people who make the claim to provide the evidence," said Dr. Stephen Barrett, a retired psychiatrist who runs Quackwatch, a website about unproven medical therapies.

On Thursday, the U.S. National Institutes of Health warned against alternative medicine — including certain herbal therapies and teas — for treating or preventing COVID-19, saying there was no evidence they work and some may be unsafe.

Here's a closer look at the claims:

India is steeped in Ayurveda, a Hindu system of medicine that revolves around herbal medicines and dietary restrictions.

As the outbreak spread outside China earlier this year, India's health arm that promotes alternative medicine pushed unproven remedies to “strengthen the immune system," according to an online post by the Ministry of AYUSH.

Criticism prompted the government to clarify that these remedies were not a cure. Earlier this week, Prime Minister Narendra Modi extended India’s lockdown and asked citizens to “follow the instructions issued by AYUSH ministry to enhance immunity.”

The government also recommended a single dose of a homeopathic drug, according to Anu Kapoor, who heads a government-run homeopathic hospital in New Delhi.

But that hasn't been shown to work, said Dr. Anant Bhan, a public health specialist. “The same standards should apply. Especially for times like this,” he said.

The Indian government’s push for alternative treatments for COVID-19, combined with bizarre claims by the elected representatives of the ruling Bhartiya Janta Party that cow urine or dung could offer cures, has also resulted in misinformation.

Last month, Modi spoke to alternative medical professionals on the need to counter unsubstantiated claims that they could cure COVID-19. The AYUSH ministry later issued orders to all states “to stop and prevent publicity and advertisement” of promised cures.

The Chinese government has claimed that combining herbal medicine with conventional medicine has helped the country deal with the outbreak.

For infected patients, it prescribed, among other remedies, a “soup for clearing and detoxifying the lungs” and recommended a case-by-case evaluation.

Chinese officials and state-run media have touted treating patients with alternative medicine on health care workers exposed to the virus.

But some published reports in major medical journals of large numbers of patients treated in China make no mention of alternative medicine. Instead, they note that treatment revolved around established methods such as respiratory support, drugs to help prevent additional infections such as bacterial pneumonia, and other widely accepted therapies.

Zhong Nanshan, an epidemiologist who advised the government, said earlier this year that it's testing Chinese herbal medicines.

Some of these practices have existed for centuries. But with little or no scientific evidence that they work against COVID-19, attempts have been made to frame it as a cultural issue and not a scientific one.

Promoting treatments “without an adequate scientific basis” was worrying, said Dr. Daniel Kuritzkes of Brigham and Women’s Hospital in Boston.

Some of these preparations can be toxic, harm the liver or interfere with other drugs, and “you need to do the hard work” to prove them safe, he said.