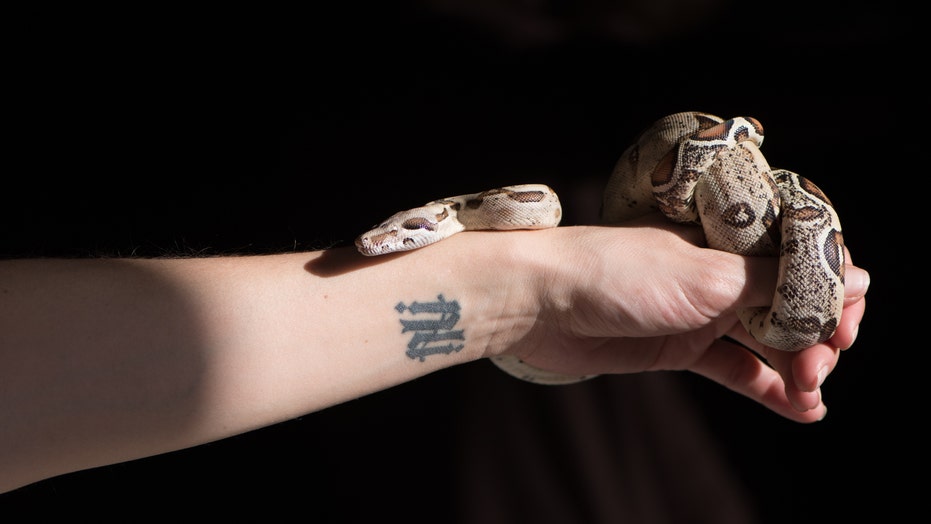 Looking for a powerful thrill? Want to get over your fear of snakes? Although not exactly recommended, you can get a snake massage to try to accomplish both those goals.

When you enter the New York shop Dreaming Goddess, a woman named Serpentessa can help you with this unusual $300 service. The massage lasts a minimum of 1 hour, 15 minutes and involves letting multiple boa constrictors slither across your body, reports CBS New York.

According to Serpentessa, the snakes “tone and stimulate the vagus nerve in our body and that releases endorphins and oxytocin,” she told the network.

Yet the question of the day is still hanging in the air: is the massage even safe?

The snake therapist herself admits she cannot control where the snakes go on a person’s body. Serpentessa does say that her snakes have never hurt anyone.

Snakes Can Be Dangerous

However, several “trained,” captive snakes have been known to hurt people—even if just by accident.

Last year, an experienced snake owner, Brandon, was killed by his 8-foot python named Tiny, according to a National Geographic report. Brandon was found with signs of asphyxiation, and Tiny was lying on the floor nearby at his time of death.

'DEAD FOR 20 MINUTES': MICHIGAN MAN BROUGHT BACK TO LIFE AFTER BEING ELECTROCUTED AT WORK

Officials reiterated that Tiny probably didn’t kill Brandon on purpose, but she may have been showing some sort of affection or keeping herself from falling to the floor. Either way, Brandon was endangered by his repeated exposure to such a powerful animal.

Boa constrictors and pythons aren’t poisonous snakes, though they do have teeth. However, constrictors subdue their prey by wrapping themselves around them and squeezing to inhibit circulation, says National Geographic.

These animals generally stick to small animals for food but have been known to attack larger prey for food or survival.

However, veterinarian Lisa Lippman points out that it’s difficult to know when these snakes might get defensive, she told Allure.

The reality is that these snakes are powerful predators. Unless you’re okay with the risks this kind of massage entails, maybe tourists in the Poughkeepsie, New York area would rather stick to the store's other offerings, like bohemian clothing and divine crystals, instead.