Doctors urge patients to get their flu shots now

The flu season normally starts towards the end of the fall, but seasonal influenza is reportedly starting much earlier this year. Fox News’ Dr. Manny Alvarez sits down with a Harvard Medical School doctor to discuss everything you need to know about this year’s flu season.

Contrary to popular belief, you should not wait until November or December to get your flu shot. The time is now, experts say.

“With the flu season starting earlier in Australia, and us already seeing cases of confirmed flu even in September, it's worth getting your flu shot now and ideally before Halloween,” Dr. Ali Raja, the Executive Vice Chairman of the Department of Emergency Medicine at Massachusetts General Hospital, told Fox News.

Doctors often look at Australia and the Southern Hemisphere’s flu activity for clues about what our flu season may look like since their winter--their prime flu season--is our summer. According to reports, Australia’s flu season began in April, about two months earlier than usual.

Dr. Dyan Hes, a pediatrician at Gramercy Pediatrics in New York, said she has already had two positive flu cases so far this fall, and one over the summer. All three children had not received their flu vaccine yet.

“We encourage children to get their flu vaccine early in the fall. Children have strong immune systems and the vaccine should offer protection throughout the flu season,” Hes told Fox News.

This year, Australia was hit with nearly 300,000 confirmed cases with the predominant flu strain being the H3N2 virus, which is known to cause more severe illness and hospitalizations.

According to the World Health Organization (WHO), seasonal influenza is an acute respiratory infection caused by influenza viruses that circulate in all parts of the world.

“Influenza strains tend to follow migration patterns from the Southern hemisphere to the Northern hemisphere such that this A strain, H3N2, in Australia would be expected to be the predominant strain we see here this winter, but this is not absolute,” Dr. Leonard R. Krilov, Chief of the Division of Pediatric Infectious Diseases at NYU Winthrop Hospital, told Fox News.

The effectiveness of the flu vaccine has seen its ups and downs over the years. The Centers for Disease Control and Prevention (CDC) says recent studies estimate the influenza vaccine helps reduce the risk of coming down with the flu by between 40 to 60 percent among the overall population during the flu season (winter months). 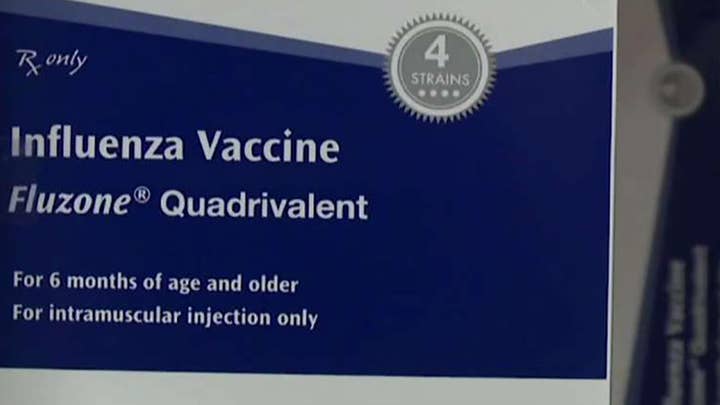 U.S. scientists look at the last few years of the flu to develop a vaccine that will counter what they think the flu is going to look like this year, Raja said.

“In order for them to produce the vaccine a couple of months before a flu season actually starts, they really are making very educated guesses about this [formula] because if they waited until the flu was actually out and had those samples to work with they'd never get enough flu vaccine made in time to be effective,” said Raja, who is also an associate professor at Harvard Medical School.

Although the efficacy of the vaccine may seem worse in some years (the 2017 vaccine was only 40 percent effective, according to the CDC), experts say that even if the flu vaccine doesn’t exactly match the strains that circulate, it’s still worth getting.

“Even if not fully protective, the flu vaccine has been shown to modify the severity of a flu infection,” Krilov said.

Many scientists and experts know the vaccine is not perfect, but especially for those who are at high risk for flu complications -- like pregnant women, young children, adults over the age of 65 and those with chronic health problems like asthma and heart disease--getting vaccinated could be lifesaving.

Krilov also said the vaccine helps create a herd immunity by protecting those around you.